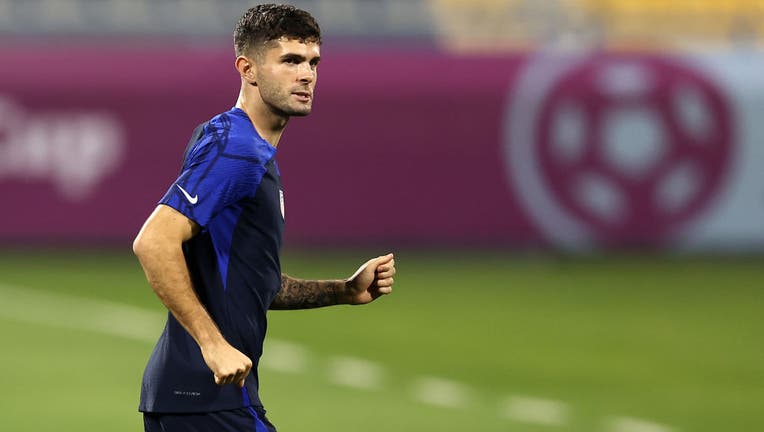 DOHA, QATAR - DECEMBER 02: Christian Pulisic of United States trains during United States Training Session ahead of their Round of Sixteen match against Netherlands at on December 02, 2022 in Doha, Qatar. (Photo by Christopher Lee/Getty Images)

DOHA, Qatar - Christian Pulisic became an American star with the winning goal — and the injury he got while scoring it — that lifted the United States into the round of 16 at the World Cup.

He injured his pelvic bone, Pulisic insisted, when he collided with Iran’s goalkeeper on the goal that sent him to the hospital as the United States won 1-0 and advanced in soccer’s biggest tournament.

Pulisic was cleared to play Saturday, when the Americans face the Netherlands in the knockout round.

Everybody expected him to be on the field even before doctors gave him the medical go-ahead on Friday.

"I will do everything in my power to work with this medical team and make sure that I can play," Pulisic said of his intention to be on the field.

The United States is trying to get to the quarterfinals for the first time since 2002 and continue to delight the American audience, which has tuned into the first three matches in record numbers.

A win against the Netherlands might be enough to convince fans back at home that the United States can, indeed, compete on the biggest stage in soccer.

"The support from the U.S. has been a bit surreal," captain Tyler Adams said. "My dad’s a teacher at school, and they were all watching during their classes, the game and supporting me. And I was getting videos from the family, all the watch parties in my town and whatnot.

"It’s really, really cool to see how much just a tournament can change that perspective on people supporting soccer."

The United States is winless in its last 11 World Cup games against European teams, a streak that includes five losses and six draws. On Saturday, the Americans face a Dutch squad that, like several other World Cup teams at this tournament, is battling the flu. The bug ran through the U.S. squad last week. 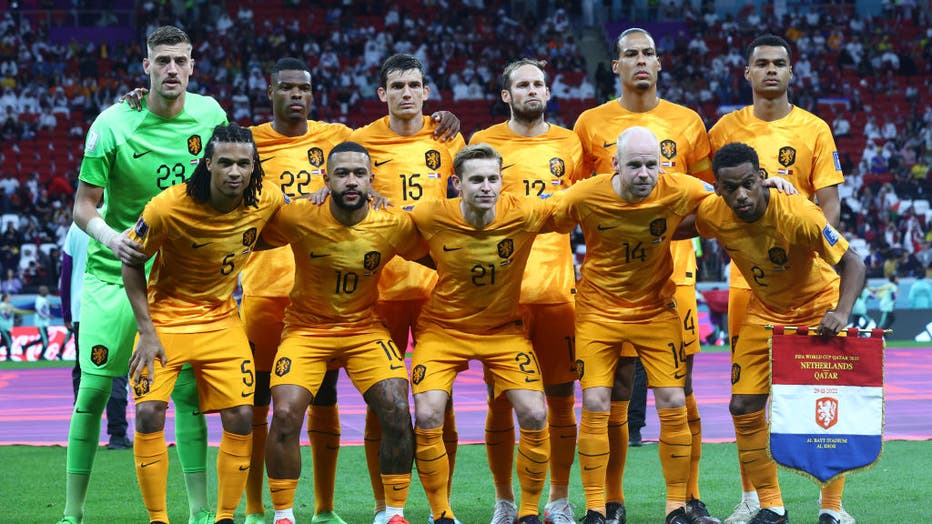 AL KHOR, QATAR - NOVEMBER 29: The Netherlands players line up for a team photo prior to the FIFA World Cup Qatar 2022 Group A match between Netherlands and Qatar at Al Bayt Stadium on November 29, 2022 in Al Khor, Qatar. (Photo by Chris Brunskill/Fan

Netherlands coach Louis van Gaal gave his team the day off on Thursday instead of running a typical 11-on-11 match.

"I gave them a day of rest," Van Gaal said Friday. "With this group, they communicate that to me. I listen to my players."

He declined to elaborate on how many players are affected, but by abandoning the typical training schedule Van Gaal created speculation that at least six players are ill.

"We are not going to elaborate on that," he said. "But if it goes around in the group, it is worrying."

USA vs. the Netherlands World Cup watch parties in Dallas-Fort Worth

Frenkie de Jong has said a scratchy throat disrupted his ability to communicate during a victory over Qatar, and Marten de Roon told reporters he had a cold earlier this week.

Netherlands midfielder Cody Gapko is trying to become the first player from his country to score in four straight World Cup matches, and the Dutch team is on an 18-game winning streak that the United States is determined to snap.

"We felt a responsibility to use this World Cup to create momentum in the United States for soccer," U.S. coach Gregg Berhalter said. "And that’s why we want to keep going and we want to keep doing well and make the country proud."

You can watch the US take on the Netherlands Saturday morning at 9 a.m. on FOX 4.