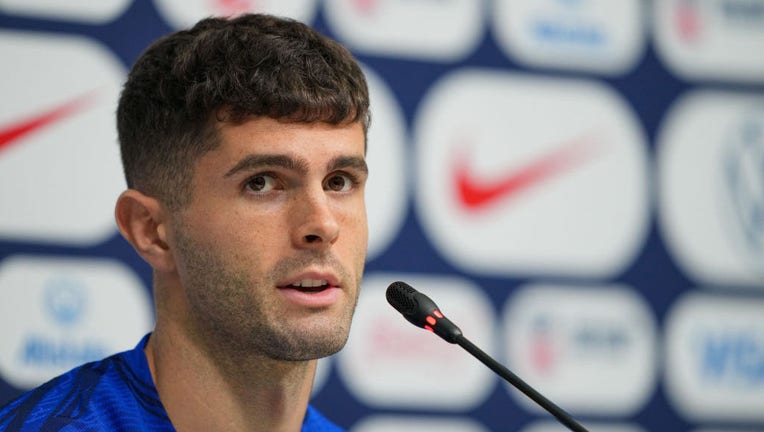 Christian Pulisic of the United States talks to the media at Al-Gharafa SC Stadium on Dec. 1, 2022, in Doha, Qatar. (Photo by John Todd/ISI Photos/Getty Images).

DOHA, Qatar - Christian Pulisic has been cleared to play for the United States in its World Cup round of 16 match against the Netherlands on Saturday.

Pulisic left Tuesday's final group stage match against Iran at halftime after bruising his pelvic bone in a collision with the goalkeeper while scoring in the 38th minute. The Americans won 1-0 to advance.

"It looks pretty good, but we’ll have to see him today on the pitch to get confirmation of that," U.S. coach Gregg Berhalter had said before Friday’s training session.

Pulisic, a 24-year-old winger, was taken to a hospital after halftime and then returned to the team hotel in time for the postgame celebration. Pulisic said Thursday he was feeling better and planned to train that night.

Forward Josh Sargent left the Iran match in the 77th minute, three minutes after injuring his right ankle in a challenge by Majid Hosseini.

"He’s another one we’re going to test in training. Let’s see where he’s at," Berhalter said of Sargent. "With Christian we’re hopeful, I think with him a little less so. ... At this stage, it’s go time. If you can push through it, you do. So I’m sure he’ll have that mindset."