By now, everyone should know about the 6-foot rule when it comes to social distancing and the ban on social gatherings of more than 10 people.

TMZ reported Dak got a reminder from the Prosper police. He has a home in Prosper.

Prescott and the Cowboys are staying quiet about it. But some fans and many in the sports world say the optics look bad.

On Friday night, Dak reportedly hosted a birthday party for a friend at the house. Social media posts show Cowboys star running back Ezekiel Elliott was one of the people at the gathering.

Someone called the police and an officer with the Prosper Police Department paid Dak a visit the next day.

Police said the officer couldn’t confirm there had actually been a party. So the officer just spoke with Dak about the current Centers for Disease Control social distancing guidelines, according to TMZ.

“This was one of the most disrespectful things I have seen in a long time and being tone deaf,” Spears said. “They say stupid. I would categorize it as that as well.”

TMZ reports that Dallas Cowboys quarterback Dak Prescott hosted a big party with more than two dozen people at his home in Prosper over the weekend.

Spears is thinking about the doctors and nurses putting their lives on the line to help treat patients with COVID-19.

“To do this and recognize that people who have to presumably take care of you after these dumb social gatherings that you should not be having, by the way, is the one that really rubs me and irks me the wrong way,” Spears said.

Walter Musgrove is an NFL agent and attorney not associated with this case. He says it was a bad play by Prescott.

“There are other options that are safer and more responsible to put guests and himself at his home in harm’s way,” Musgrove said. “As an athlete a high profile individual, you'd think he'd be a little more careful about his decisions because this is something that is affecting everyone. It's a worldwide pandemic.”

Earlier this month, Dak was criticized for working out with some current and former teammates, including former Cowboys receiver Dez Bryant, and not social distancing there either. 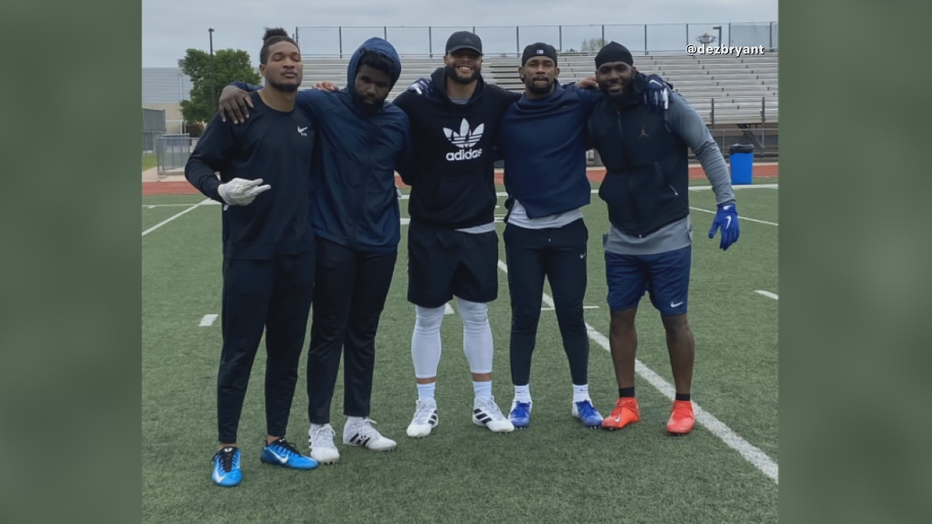 “It's bad publicity on one hand, but I doubt it affects Jerry Jones' position. How much he's going to pay him,” Musgrove said. “It's a decision I think he made as a young man probably not thinking about the larger ramifications, which is unfortunate.”

As far as the alleged party over the weekend, TMZ said it reached out to Dak’s representatives for comment but didn’t hear anything back.

Prosper police said they will continue to seek voluntary compliance with regard to the state’s disaster orders. But if needed, they will consider additional enforcement actions.