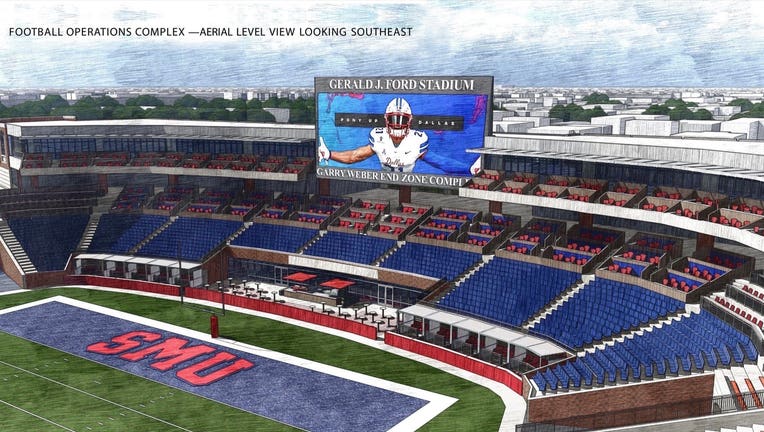 UNIVERSITY PARK, Texas - SMU football is about to get a major facelift that supporters hope could one day lead the Mustangs to a Power Five conference.

The $100 million, three-tiered end zone complex will be on the stadium's south side. The site is currently the open end of the stadium that backs up to Mockingbird Lane and has a grass hill for fans to watch the game.

The main feature of the 192,5000 square foot addition is a football-only operations center that will include meeting space, offices, locker room and workout facility. It will also house a nutrition center for all SMU athletes. The new south end seating bowl will feature luxury boxes, club seating and field level boxes. 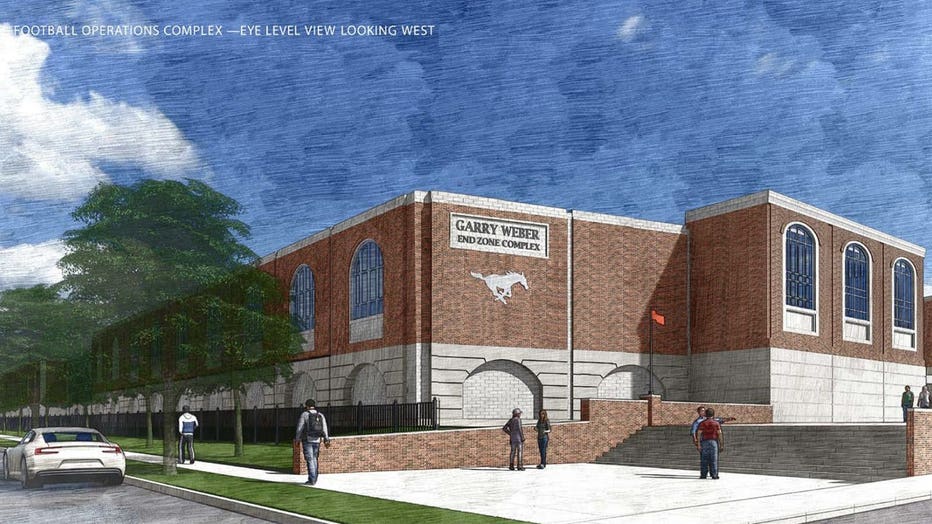 In an era of constant realignment in college athletics, SMU hopes its new addition will give it a noticeable status upgrade and show the school’s commitment to its football program.

"For us to be able to take care of one of their biggest needs, and where they spend the most time, in the football facility, to me is what will allow us to draw the best players here," said new SMU football head coach Rhett Lashlee.

Businessman and SMU alumnus Garry Weber is donating $50 million to the project.

"I couldn’t have done it if I hadn’t gone here. I never really understood, if you’re going to stay in Dallas and work in Dallas, why you would go to any other school. It gives you a four-year head start," Weber said.

The gift from Weber's foundation is the largest athletic department donation in SMU history. There is no set date for a groundbreaking on the facility. 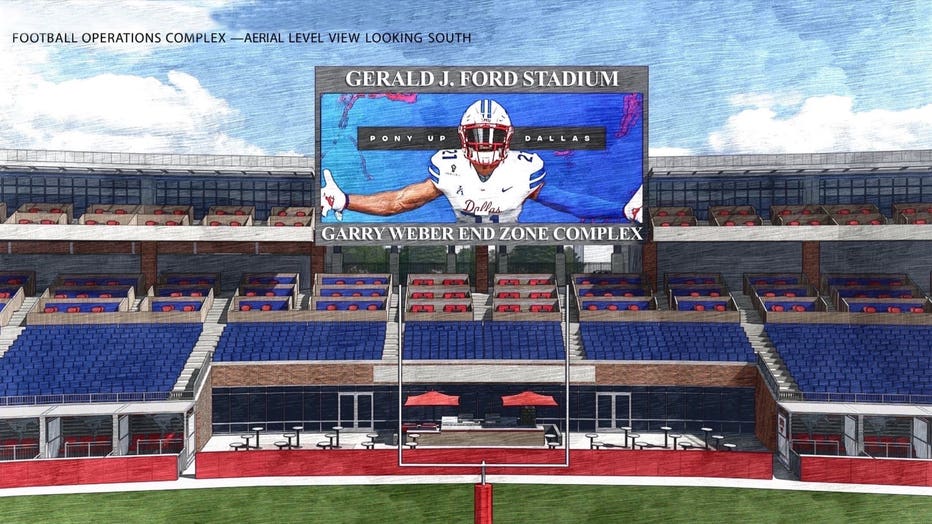