The Dallas Stars may have found the team's next head coach. Peter Deboer could be the fifth coach the Stars have had in the past five years.

DALLAS - The Dallas Stars may have found a new head coach.

According to Sportsnet, the team picked Peter Deboer to replace Rick Bowness. But other insiders report it’s not a done deal yet as the two sides continue hammering out a contract.

Deboer recently coached the Las Vegas Golden Knights but was fired in May after the team missed the playoffs.

He could replace Bowness, who stepped down from his position after the Stars were eliminated in the first round of the playoffs. 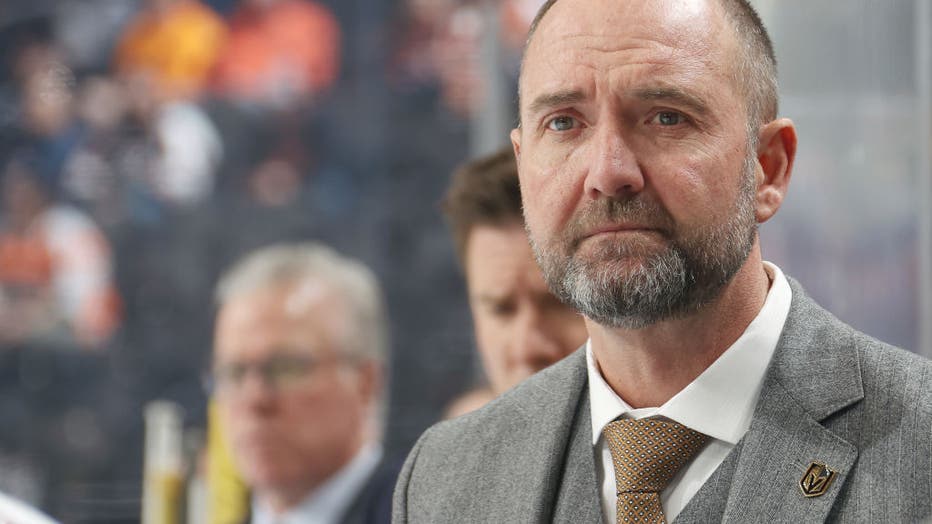 PHILADELPHIA, PA - MARCH 08: Head Coach of the Vegas Golden Knights Peter DeBoer looks on from his bench during the first period against the Philadelphia Flyers at the Wells Fargo Center on March 8, 2022 in Philadelphia, Pennsylvania. (Photo by Len R

After three seasons with the Golden Knights, Deboer was 98-50 and 12. He lost to the Stars in the 2020 Conference Finals.

When he was in San Jose, Deboer advanced to the 2016 Cup Final with current Stars forward Joe Pavelski.

Earlier this month, Nill said the team was looking at 30 to 35 candidates for the head coaching position.

This would make Deboer the fifth coach the Stars have had at the helm in the past five years.