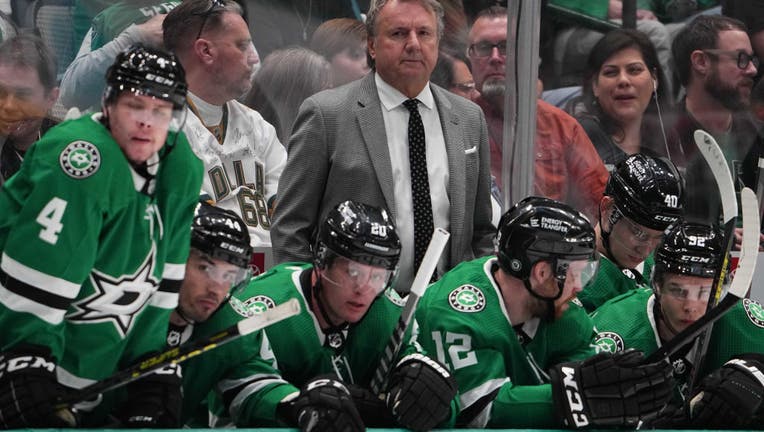 DALLAS, TX - APRIL 9: Rick Bowness of the Dallas Stars watches the action from behind the bench against the New Jersey Devils at the American Airlines Center on April 9, 2022 in Dallas, Texas. (Photo by Glenn James/NHLI via Getty Images)

DALLAS (AP) - Rick Bowness will not return as head coach of the Dallas Stars after nearly three seasons in which he led them to the Stanley Cup Final and the playoffs again this season.

While Bowness was not under contract past this season, the 67-year-old coach said in a statement released by the team Friday that he was stepping away to "allow the organization the opportunity to pursue a different direction at the head coaching position."

Rick Bowness has been on an NHL bench for a record 2,562 regular-season games as a head coach or an assistant over nearly four decades. He said after the season ended with an overtime loss in Game 7 at Calgary that he still had the passion to keep coaching. He said he would have opportunities to coach if he wanted them.

Bowness got a two-year contract from the Stars after that 2020 final as their interim head coach, a stint that included the 4 1/2-month pause in the season because of the pandemic and two months in a postseason bubble in Canada. He became the interim coach in December 2019 after Jim Montgomery was fired for off-ice issues.

There was then a shortened, 56-game season when the Stars had an NHL-high 14 losses after regulation and missed the playoffs. They had 98 points this season.