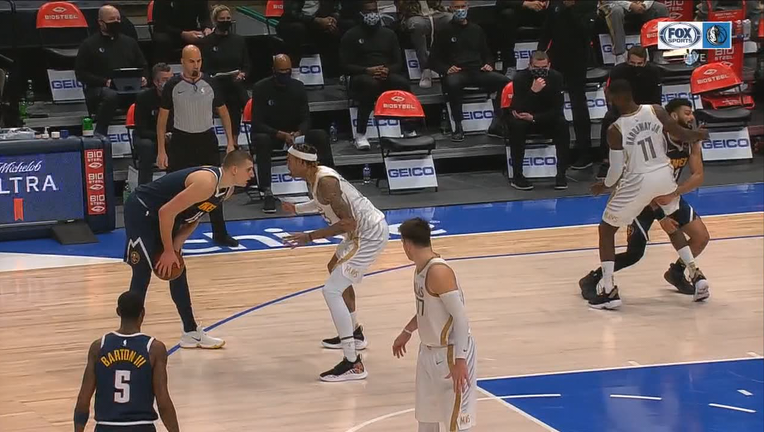 Denver was setting up on offense early in the second half when Murray stumbled backward after colliding with Hardaway. Murray got up and reached between Hardaway’s legs with his right arm, prompting Hardaway to double over.

Murray received a flagrant-two foul, and was ejected from the game after the incident in the 3rd quarter.

The Mavericks were down 80-73 at the time of the ejection, and came back to tie up the game, thanks in part to Hardaway, but the Nuggets were able to overcome Murray's ejection to beat the Mavericks 117-113.