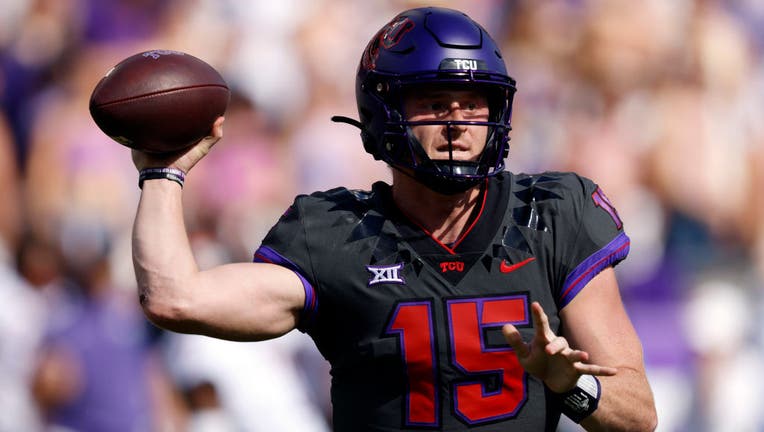 FORT WORTH, TX - OCTOBER 15: Max Duggan #15 of the TCU Horned Frogs throws against the Oklahoma State Cowboys during the first half at Amon G. Carter Stadium on October 15, 2022 in Fort Worth, Texas. (Photo by Ron Jenkins/Getty Images)

FORT WORTH, Texas - TCU quarterback Max Duggan has declared for the NFL Draft.

This comes after Duggan finished 2nd in voting for the Heisman Trophy, and after he led TCU to its first College Football Playoff appearance.

Duggan regained the job for the second game because of an injury to Morris and ended up leading the Big 12 in every major passing category.