It is championship weekend in Texas girls high school basketball. FOX 4's Brandon Todd reports live from the Dallas suburb of DeSoto where there are big hopes for a repeat title.

In Class 6A, DeSoto plays in one semi-final game against San Antonio Clark. In the other, it’s South Grand Prairie versus Humble Summer Creek.

The DeSoto Eagles got a celebratory sendoff Thursday morning when they left to defend their state title.

They are advancing to the state tournament for the third time in four years. And for that reason, the young athletes have given themselves a well-earned title – the Legacy Team.

"Our theme this year is legacy tour, so we would leave a big mark on this school. Lot of history has been made here and we can be a part of something special," said Ayanna Thompson.

For the seniors on the team, it's their last hurrah. They've all committed to colleges to play ball.

In Class 5A, Frisco Memorial takes on four-time state champion Amarillo in a semi-final game. Memorial only opened four years ago but has a 36-5 record this season. 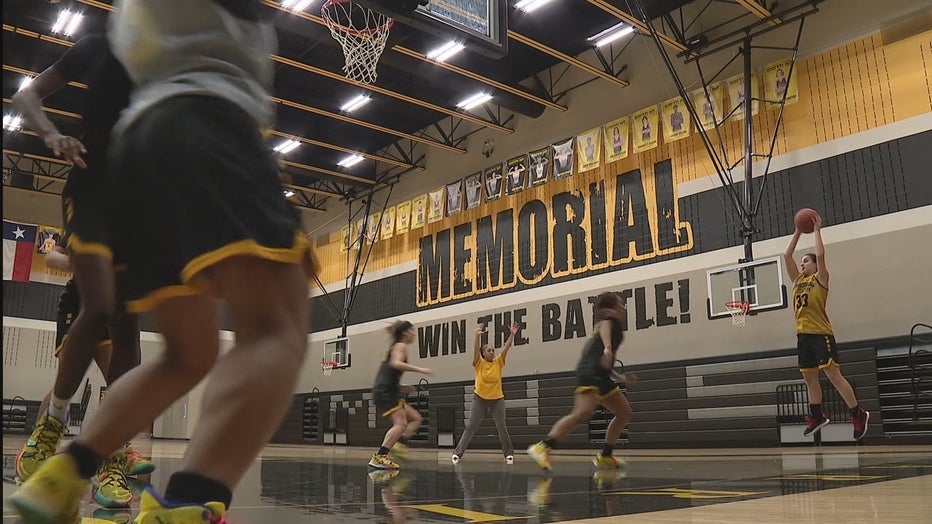 "We've really got to focus on defense and rebounding and that's going to be our biggest struggle. We've been struggling with rebounding a little bit throughout the year so we've got to make sure we pick up on that for this game," said Jordan Conerly.

"We're working a lot on the defensive game because that's really important. And I think that with the team we are playing we have to really focus our defense and rebounding," added Falyn Lott.

The games are happening at the Alamodome in San Antonio.

Briles out at Grambling less than 1 week after being hired