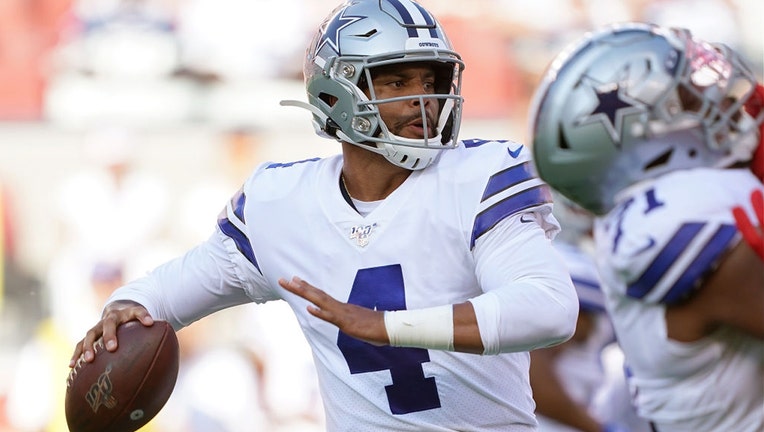 INDIANAPOLIS (AP) - Dallas Cowboys quarterback Dak Prescott had surgery on his non-throwing shoulder after the season, a procedure coach Mike McCarthy said was a clean up for an issue that isn't a concern.

McCarthy told reporters at the scouting combine Tuesday he expects Prescott to be available for offseason work. The coach said he didn't think the left shoulder bothered Prescott during the season.

"He practiced full out," McCarthy said. "I think he just wanted to get it cleaned up."

It was the third surgery in less than 18 months for Prescott. The first two surgeries were to repair the compound fracture and dislocation of Prescott's right ankle in Week 5 of the 2020 season against the New York Giants.

Prescott also dealt with right shoulder and calf strains last year. The shoulder injury kept him out of team drills for most of training camp, while the calf strain sidelined him for two weeks, but just one game.

The Cowboys had a 5-1 record and were cruising on offense when Prescott strained the calf in an overtime victory at New England. While the quarterback said the calf wasn't an issue, his production wasn't the same the rest of the season.

Dallas finished 12-5 before a 23-17 wild-card loss at home to San Francisco on another inconsistent day for Prescott and the offense.