Dallas Stars to kick off preseason with new coach

The Dallas Stars are now weeks away from the start of a new season with a new coach and a big new contract to keep the team's goaltender. Good Day talked to Stars President and CEO Brad Alberts about the team and head coach Pete Deboer's debut.

DALLAS - The Dallas Stars are now weeks away from the start of a new season with a new coach and a big new contract to keep the team's goaltender.

Head Coach Pete Deboer will make his debut after being hired in June to replace Rick Bowness.

"We love that Pete’s our coach," said Stars President and CEO Brad Alberts. "He’s an experienced NHL guy that’s been around the league for a number of years with great success. So, we’re hoping Pete brings that magic to us for sure." 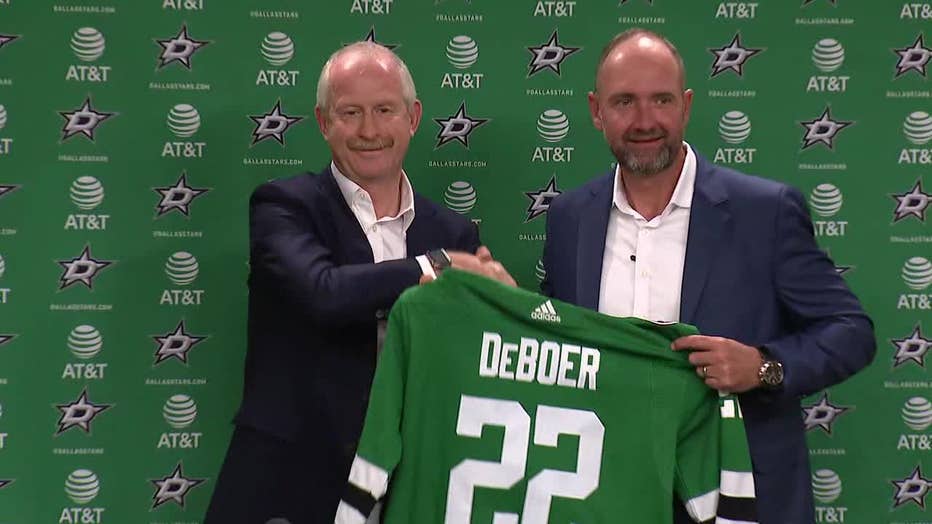 "We’re obviously happy to have Jake now back in camp. He’s a big part of our future, had a great year last year. Obviously, his performance in the playoffs was exceptional. You know, we’re looking forward to Jake being our guy on the net for the foreseeable future," Alberts said.

The Stars will open training camp on Sept. 21 at the HEB Center in the Austin suburb of Cedar Park. That’s the home of the team’s minor league affiliate, the Texas Stars.

The first of seven preseason games is set for Sept. 26 at the American Airline Center against St. Louis.