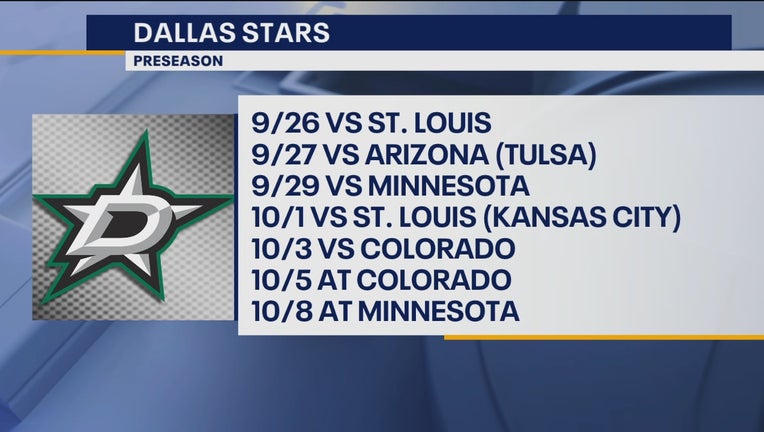 DALLAS - The Dallas Stars will open training camp in September in Central Texas.

The three-day camp is set to start on Sept. 21 at the H-E-B Center in the Austin suburb of Cedar Park.

That’s the home of the team’s minor league affiliate, the Texas Stars.

The Stars will have seven preseason games. The first will be on Sept. 26 at the American Airlines Center against St. Louis.

The Stars will also play neutral site games in Tulsa and Kansas City.

The NHL regular season starts on Oct. 11. That schedule comes out later this month.