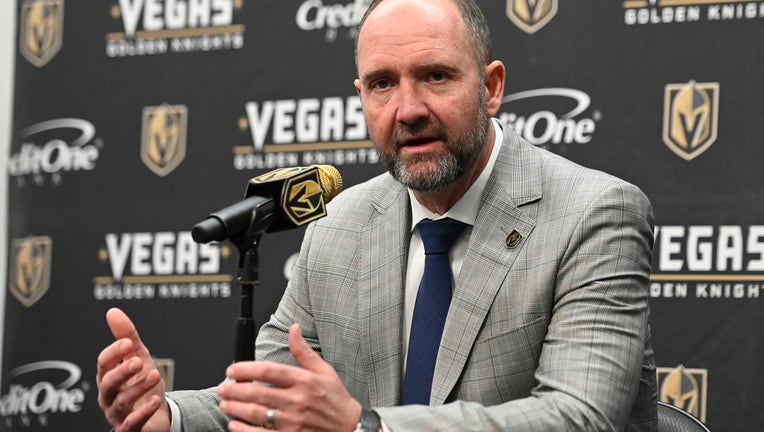 LAS VEGAS, NEVADA - APRIL 09: Vegas Golden Knights head coach Pete DeBoer speaks with media during a press conference after a victory over the Arizona Coyotes at T-Mobile Arena on April 09, 2022 in Las Vegas, Nevada. (Photo by David Becker/NHLI via G

FRISCO - Pete DeBoer, 54, has been named as the new head coach of the Dallas Stars.

"The more layers I peeled back, as I dove into the organization. The more excited I got, about the veterans here and the leadership," DeBoer said. "But also, about the layers of young guys coming and the potential of this group going forward."

DeBoer has been coaching in the National Hockey League for over14 years. He previously worked as the head coach of the Vegas Golden Knights for three seasons. During his time, he led the team to the semifinal round in 2020 and 2021 Stanley Cup Playoffs.

DeBoer was released by the team this season for missing the Stanley Cup Playoffs for the first time in franchise history. He also worked as the head coach in San Jose, New Jersey and Florida.

The head coach position for the Dallas hockey team opened this season after previous head coach Rick Bowness left the team. He announced his retirement when the Stars were eliminated in the 2022 Stanley Cup Playoffs by the Calgary Flames.