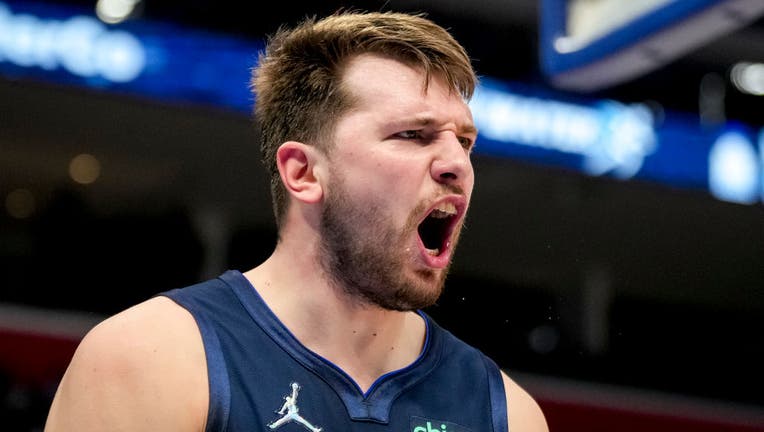 DETROIT, MICHIGAN - APRIL 06: Luka Doncic #77 of the Dallas Mavericks reacts against the Detroit Pistons during the third quarter at Little Caesars Arena on April 06, 2022 in Detroit, Michigan. NOTE TO USER: User expressly acknowledges and agrees tha

DALLAS - The full 2022-23 schedule for the Dallas Mavericks was released Wednesday, and the team will open up against the Phoenix Suns.

The season opener will be a rematch of the Western Conference semifinals from last season, when the Mavs beat the Suns in seven games.

Other notable games will be when the Mavericks host the Los Angeles Lakers on Christmas Day.

Two days later will be the team's first matchup with Jalen Brunson and the New York Knicks. Brunson left the Mavs to sign with the Knicks this offseason.

The Mavericks will try to improve on their 52-30 record from last season, when they were the #5 seed and reached the Western Conference finals, where they lost to the Warriors.

The Mavs will first play the defending champions on November 29, when they host Stephen Curry and the Warriors.