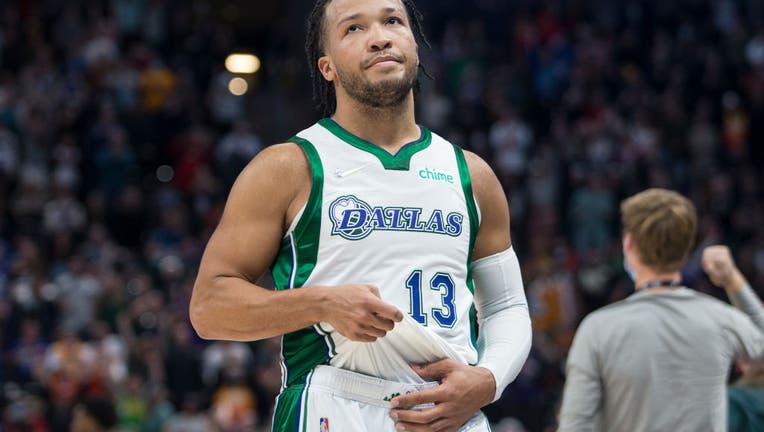 SALT LAKE CITY, UT - DECEMBER 25: Jalen Brunson #13 of the Dallas Mavericks reacts after the loss to the Utah Jazz during their game at the Vivint Smart Home Arena on December 25, 2021 in Salt Lake City, Utah. (Photo by Chris Gardner/Getty Images)

DALLAS - Jalen Brunson is set to leave the Dallas Mavericks and sign with the New York Knicks, according to multiple reports.

Brunson was set to meet with the Mavs as free agency opened Thursday evening, but that meeting was reportedly called off as news came down that Brunson had chosen to sign with the Knicks for an expected 4 years and $110 million.

The Mavs had said re-signing Brunson was their top priority this offseason.

Brunson became a big part of the Mavs this past season, getting into the starting lineup and averaging 16.3 points and 4.8 assists. He also scored 41 in the playoffs when Luka Doncic was out injured in their 1st round series with the Utah Jazz.

The Knicks recently hired Brunson's father as an assistant coach.

The Mavs were looking for better rebounding after struggling with that in the playoffs.