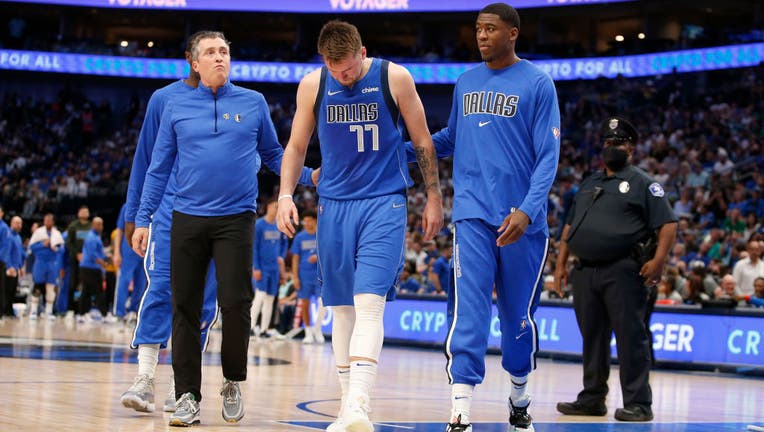 DALLAS - The Dallas Mavericks hope to have star Luka Doncic back for Saturday's home playoff game against the Utah Jazz.

Doncic was not at practice Monday as he recovers from a calf strain.

There are reports it is more serious than a run-of-the-mill strain and if it were the regular season he would probably be out.

The Mavs, at least for public consumption, are telling a different story.

"Uh, we'll see. He's in great spirits today. Well see how his body feels tomorrow.  But I think we'll prepare with him, and then we'll also prepare without him," said Mavericks head coach Jason Kidd.

"I haven't gotten any indication that he won't be. So I'm preparing as if he will be," said Mavericks guard Spencer Dinwiddie.

Game one against Utah is Saturday at noon at the American Airlines Center.

Plenty of tickets are still available for the game.