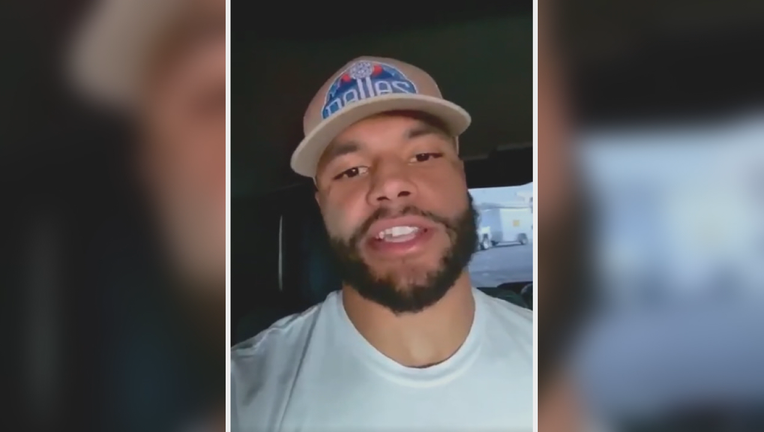 “I just want everyone to know that I’m doing well and I can’t thank you enough for all your love, your support, your prayers over the last few days. They’ve been more than overwhelming,” Prescott said.

He said he appreciates the support he’s gotten from everyone including family, friends, fans, teammates and even other players around the league and in other sports.

“Just knowing that I have that much love and support out there makes a huge difference,” he said.

Prescott suffered a gruesome ankle injury during Sunday’s game against the New York Giants. His right ankle was bent awkwardly as he and defensive back Logan Ryan fell to the turf.

He was taken to the hospital and underwent surgery for a compound fracture and dislocation. The injury is expected to take four to six months to heal, meaning he’ll be out for the rest of the season.

Prescott called it just another chapter in the book that will have “a great comeback and a great story.”

“I’m in great spirits. I’m gonna stay that way. I’m looking forward to this football season seeing the game in a different perspective and supporting my teammates and those around the league that need it,” he said.

Cowboys owner Jerry Jones said he believes Prescott will be back by May.

"He's our future. He's special. If anyone can overcome anything, it would be Dak. This is something that our doctors feel good that he'll overcome and come back better than ever,” Jones said.

Prescott also posted an image on Instagram saying he'll be back stronger and better. 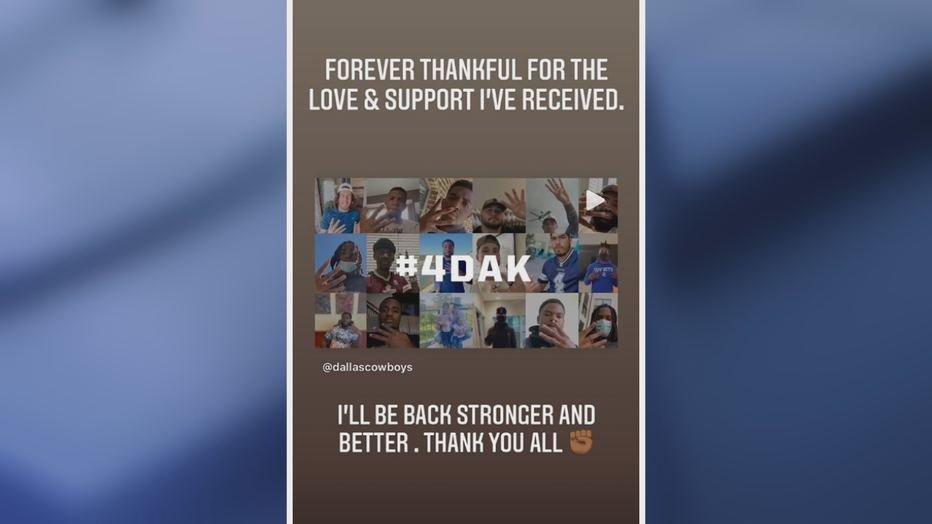 He will receive his full franchise tag salary of more than $31 million while sidelined.