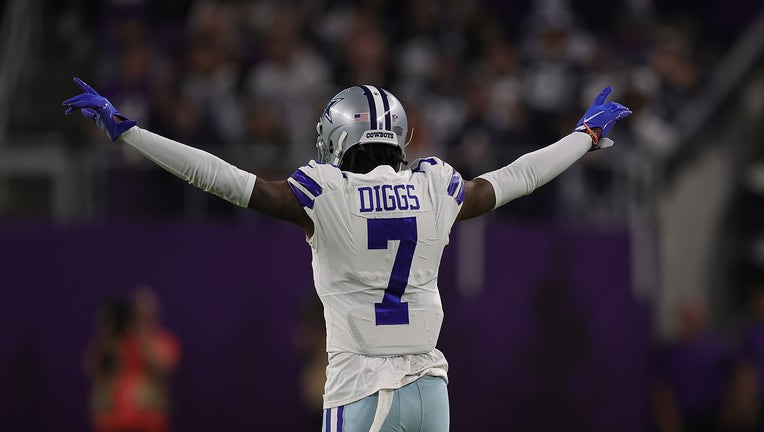 MINNEAPOLIS, MINNESOTA - OCTOBER 31: Trevon Diggs #7 of the Dallas Cowboys reacts to a defensive stop during a game against the Minnesota Vikings at U.S. Bank Stadium on October 31, 2021 in Minneapolis, Minnesota. (Photo by Stacy Revere/Getty Images)

Cornerback Trevon Diggs and rookie linebacker Micah Parsons were named All-Pro for the first time, while guard Zack Martin made his fifth appearance on the team.

It was also announced Friday that Parsons was a finalist for the NFL Rookie of the Year.

RELATED: Micah Parsons among finalists for NFL Rookie of the Year

Parsons is the only rookie on the All-Pro team. He leads the Cowboys with 13 sacks and three forced fumbles.

Diggs leads the NFL with 11 interceptions this year.