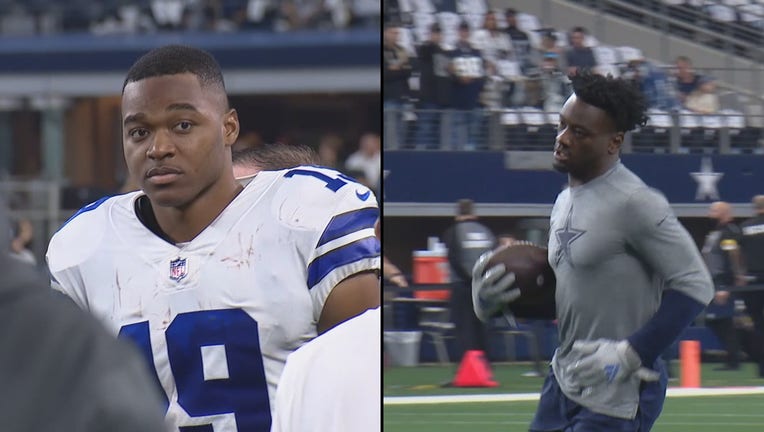 DALLAS - The Dallas Cowboys receiver Amari Cooper is gone but Michael Gallup will be sticking around for a while.

The team reportedly reached a five-year, $62.5 million extension deal with Gallup. It includes $27 million in guarantees.

He missed seven games this past season due to a calf strain and finished with 35 catches, 445 yards and two touchdowns in eight games.

The 26-year-old 2018 third-round draft pick had surgery last month to repair his knee injured in the final regular season game.

The hope is for him to return sometime in September.

Gallup was slated to become an unrestricted free agent on Wednesday.

His extension came one day after the Cowboys traded receiver Amari Cooper to Cleveland.

In exchange, Dallas is getting a fifth-round draft pick and swapping six round picks with Cleveland. The move also saves the Cowboys $16 million in salary cap space.