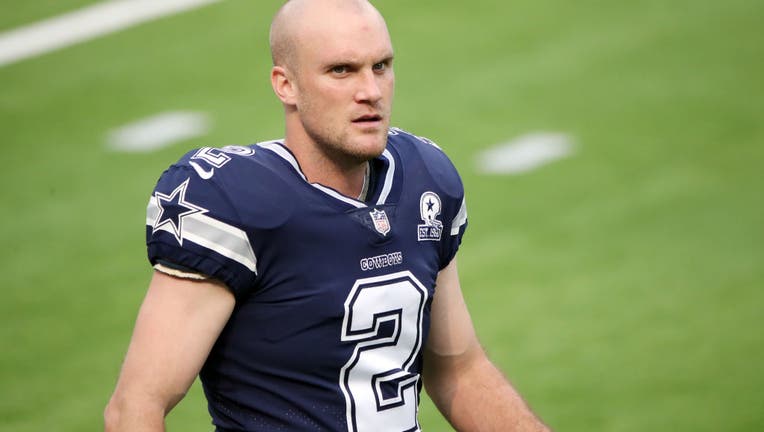 INGLEWOOD, CALIFORNIA - SEPTEMBER 13: Greg Zuerlein #2 of the Dallas Cowboys looks on before the game against the Los Angeles Rams at SoFi Stadium on September 13, 2020 in Inglewood, California. (Photo by Katelyn Mulcahy/Getty Images)

The Cowboys will save almost $4 million on the cap by dumping Jarwin and another $2.5 million by moving on from Zuerlein. Dallas was about $1 million over the cap before the moves.

Jarwin’s career is in jeopardy after hip surgery that could sideline him into the 2022 season. The injury designation on the move with Jarwin allows him to earn more of what’s left on the $22 million, four-year contract he signed two years ago.

Jarwin played just nine games combined in the two seasons after the undrafted player signed the four-year deal. He tore a knee ligament in the 2020 opener and was sidelined by the hip issue after eight games last season.

Dalton Schultz was expected to be Jarwin’s backup after Jason Witten’s departure. Instead, Schultz’s production skyrocketed after Jarwin’s knee injury. The Cowboys placed a roughly $11 million franchise tag on Schultz this week.

Zuerlein made a modest 83% of his kicks over two seasons with the Cowboys. The 34-year-old was All-Pro in 2017 with the the Los Angeles Rams, who reached the Super Bowl with "Greg the Leg" going a career-best 38 of 40 on field goals.