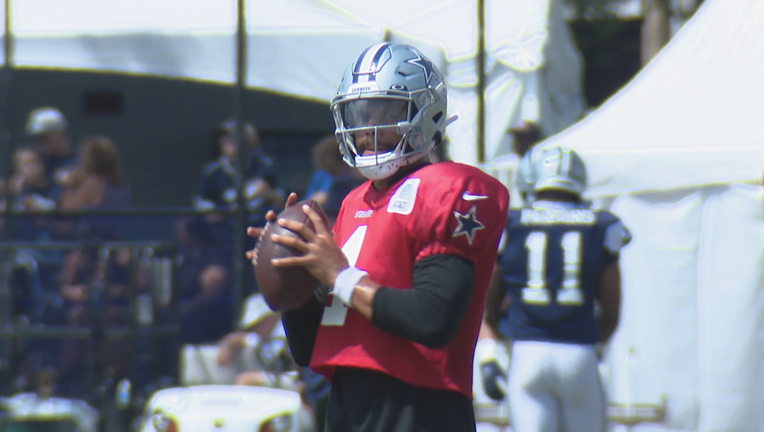 DALLAS - The Dallas Cowboys try to get back on track in what could be a tough game on Sunday against an NFC East rival.

After winning six straight games early in the season, quarterback Dak Prescott looked like an MVP. But his offense has not been firing on all cylinders in recent weeks.

Prescott missed one game with an injury.

The always optimistic team owner said he is not worried.

When asked if Prescott is 100% health, Jerry Jones said yes.

"Yes. Yes. Uh, the thing that you’re seeing is sometimes the pass looks errant is because the receiver for instance ran the route two yards, cut it off two yards short. He should be out two more yards before makes his cuts to make all the difference in the world as far as his ability to separate. And that’s one of the answers – better routes," he said on his radio show.

The Cowboys and the Washington Football Team play Sunday on FOX 4 at noon.