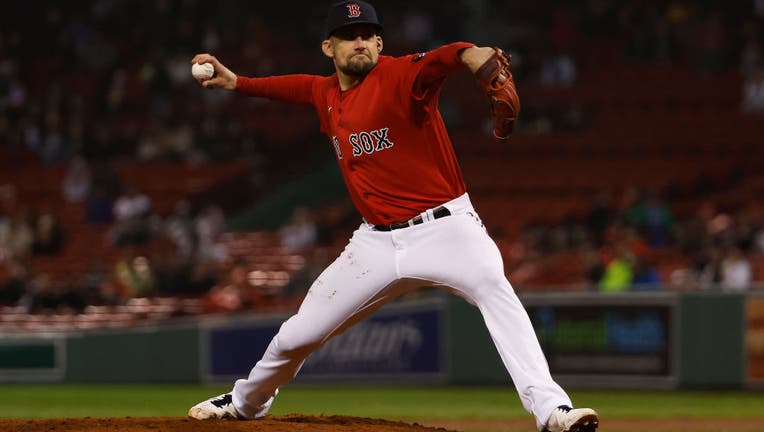 BOSTON, MA - OCTOBER 4: Nathan Eovaldi #17 of the Boston Red Sox pitches against the Tampa Bay Rays during the second inning at Fenway Park on October 4, 2022 in Boston, Massachusetts. (Photo By Winslow Townson/Getty Images)

The Texas Rangers are adding another proven veteran to their revamped starting rotation.

Texas native Nathan Eovaldi has agreed to a two-year contract with the Rangers that includes a vesting option for an additional season, according to a person familiar with the deal that comes 3 1/2 weeks after they added two-time NL Cy Young Award winner Jacob deGrom in free agency.

The person spoke to The Associated Press on Tuesday night on condition of anonymity because Eovaldi’s deal was not finalized and the club had not announced the move.

Eovaldi has pitched for five teams over 11 big league seasons, the past 4 1/2 seasons with the Boston Red Sox. He went 6-3 with a 3.87 ERA while limited to 20 starts in 2022 because of two stints on the injured list (lower back inflammation and shoulder). He was 11-9 with a 3.75 ERA in 32 starts in 2021, when he was an All-Star for the first time and finished fourth in the AL Cy Young Award voting.

The Houston native is 67-68 with a 4.16 ERA in 240 career games (221 starts) with the Red Sox, Miami, Los Angeles Dodgers, New York Yankees and Tampa Bay. He will turn 33 in February, just before the start of spring training.

DeGrom agreed to a $185 million, five-year deal with the Rangers before the winter meetings this month.

The Rangers have had six consecutive losing seasons, the longest stretch for the franchise since moving to Texas in 1972. Three-time World Series champion Bruce Bochy came out of a three-year retirement in October to become their new manager.