A man who was wrongly convicted for a robbery/murder in 1987 is now free on bond.

DALLAS - A man who was wrongly convicted for a robbery/murder in 1987 is now free on bond.

The district attorney and the defense have agreed Benjamin "Ben" Spencer should get a new trial, and he is out on bond until the Court of Criminal Appeals either affirms their motion or denies it.

His getting out Friday comes after 34 years behind prison walls.

Spencer was charged with the 1987 carjacking and murder of a clothing executive, but witnesses lied and important information was withheld by prosecutors in violation of federal law, and his 35-year sentence for murder was overturned.

At his second trial, he was found guilty of aggravated robbery and sentenced to life in prison. 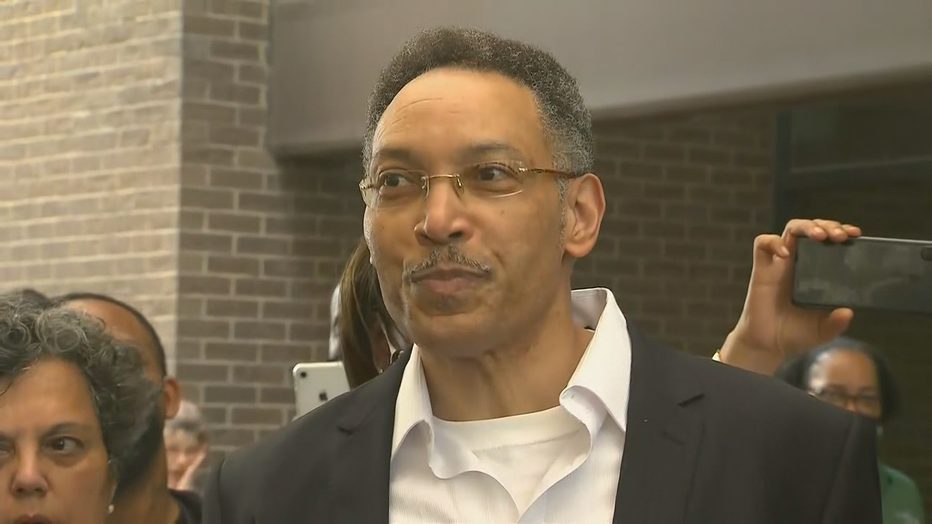 Both the defense team and district attorney agree that his second trial was also not fair, and both have asked the judge to let him out on bond while asking the court of appeals to grant a new trial.

Supporters packed the hallway outside Judge Lela May’s court Friday to watch the proceedings on Facebook and YouTube, as she issued a personal recognizance bond, meaning Spencer gets out with conditions on his own signature.

"Everybody who stood behind me, I appreciate you all," Spencer said. "I’m looking forward to the moment to get to reconnect with my family, trying to re-acclimate myself into freedom."

"This is not an exoneration. This is strictly a bond setting the court could agree to issue a bond of some amount or have a PR bond, because of everything that I have read, I think it’s fair to Mr. Spencer. I have decided to go ahead and grant a PR bond," Judge Mays said.

The first words we heard from Spencer were him thanking the judge and apologizing for any inconvenience he may have caused, when he was the one wrongly convicted.

"I want to thank you. And for any inconveniences I have caused, I appreciate you," Spencer said.

The district attorney and the defense have agreed Benjamin Spencer should get a new trial, and he is out on bond until the Court of Criminal Appeals either affirms their motion or denies it.

"What the evidence that we have put together shows, that for various reasons, Mr. Spencer did not get a fair trial in his second trial," Dallas County District Attorney John Creuzot said. "The more this has gone along these, witnesses have kind of peeled off of their testimony, with the exception of one, who we cannot find. They've all denied that they saw anything and that anything happened, or they heard anything, or he confessed to them, which was a jailhouse snitch. So to speak under today's rules, that man wouldn’t even be allowed to testify."

"We're one step closer. We were talking earlier that the 26th would be his 34th anniversary. Thank God there will not be an anniversary that he'll celebrate," said Cheryl Wattley, who represented Spencer for 21 years. "While I am beat emotionally and understand my feelings, I can’t begin to understand the feelings of a family. I don’t want to talk about my hands shaking. His mother and other family members are more important than I am."

"I’m thankful to have finally made it to this point in my life, and I just can’t thank you all enough for helping me arrive at this moment," Spencer said.