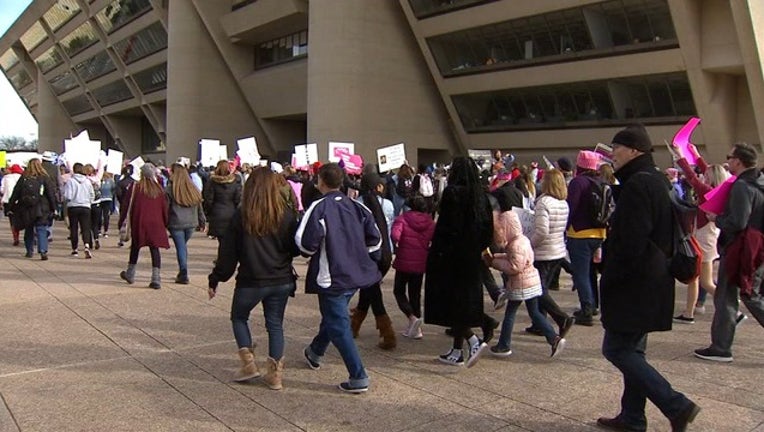 Women -- and men -- marched through downtown Dallas on Sunday.

The women's marches started three years ago in response to the election of Donald Trump and the one in Dallas was one of hundreds held in cities nationwide over the weekend.

The march started in the Arts District and ended at Dallas City Hall. One woman brought her entire family.

“I think it’s important for them to feel a connection and to understand that they are not alone and it’s also important that you can make your voices heard,” said Blair Taylor, march participant.

Whatever the message, marchers said that change starts with speaking up.