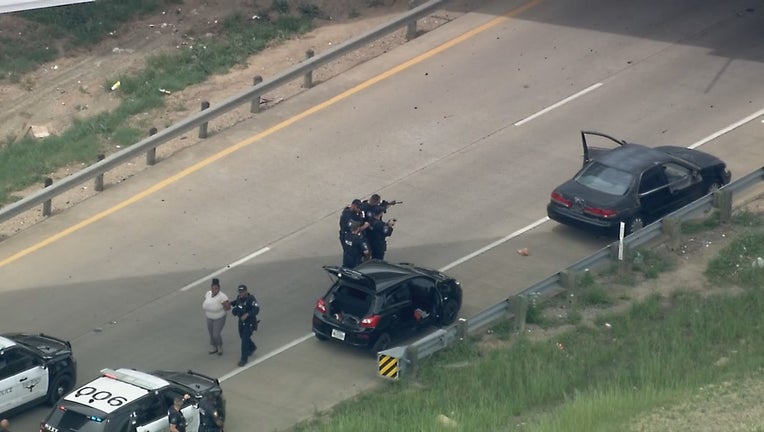 DALLAS - A robbery call ended with a police chase and the discovery of a woman’s body.

Police in Hutchins, south of Dallas, got a call just before noon Thursday about a possible robbery at a Motel 6.

They got a description of the suspect’s car and officers began chasing it when they spotted it.

Three people were in the car when police finally pulled it over in southeast Dallas. They took off running in opposite directions, police said.

In the car, the officers found a woman’s body. She has not yet been identified.

Only one of the three suspects in the car has been captured.

Hutchins police said they are still investigating and working to arrest the other two suspects.