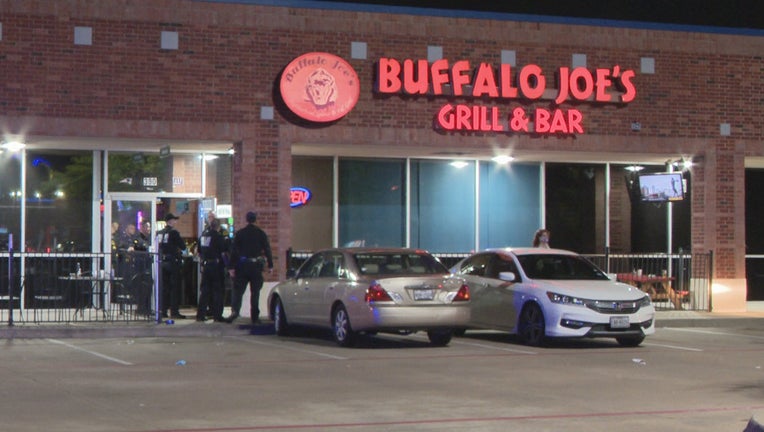 DALLAS - A woman was shot in the face early Thursday morning at a sports bar in Far North Dallas.

Witnesses said the victim was arguing with another man and woman at Buffalo Joe’s Grill and Bar near Frankford Road and Marsh Lane.

After the shooting, those two people took off on a motorcycle.

Police later found the man at another bar and took him into custody. They have not yet found the woman.

The victim was taken to the hospital in critical condition. She is expected to survive.