Noemi Martinez was sentenced to 10 years in prison for intoxication manslaughter on Thursday. She must serve at least five years before she is eligible for parole. Now, the victim’s family says they can put the case behind them and focus on their memories of him.

NORTH RICHLAND HILLS, Texas - A woman who drove the wrong way while intoxicated and hit and killed a teenager got 10 years in prison.

The crash happened Thanksgiving morning in 2019.

Noemi Martinez was driving the wrong way on a highway in North Richland Hills and hit three other vehicles.

Benjamin Castaneda Jr., 17, was driving one of them and died.

Martinez was sentenced to 10 years in prison for intoxication manslaughter on Thursday. She must serve at least five years before she is eligible for parole.

Now, the victim’s family says they can put the case behind them and focus on their memories of him. 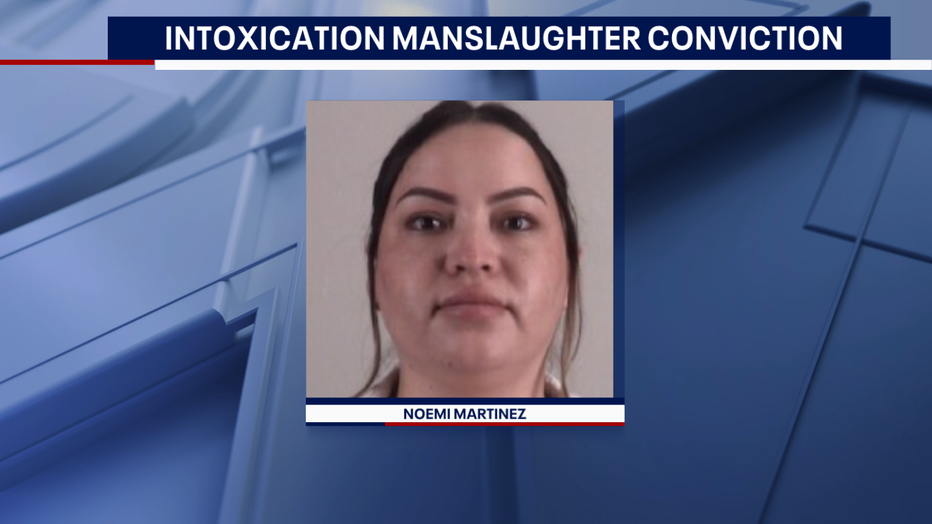 Benjamin Jr. was a talented 17-year-old with a passion for music and his North Side High School mariachi band.

His father, Benjamin Castaneda Sr. is replaying videos of his performances to keep the memory of his only son alive more than two years after his death.

Thanksgiving morning in 2019, the teen was driving on Loop 820 headed to his family’s annual tailgating party at AT&T Stadium in Arlington.

Martinez was driving the wrong way. She struck three vehicles. One of them was Castaneda’s. He died at a hospital.

The teen’s father addressed Martinez in a Tarrant County courtroom saying she killed his family tree.

"I don’t think she was remorseful for what she did," Benjamin Sr. said.

His fiancé, Heather Powell, is still trying to accept the judge’s sentence.

"If it went to a trial, it was a coin toss of either probation or up to 20 years. There was no guarantee of anything," she said. "I would like that she would think about him and what she did to every single one of us."

The Castaneda family now with some level of closure is sharing stories and memories while dressed in the teen’s favorite color.

"When we got him his car, he had purple everywhere," Benjamin Sr. said.

The 17-year-old was Benjamin Sr.’s oldest of five children. His youngest, 2-year-old Olivia, never got the chance to meet her big brother.

"She was born the same night of his funeral service," he said.

Benjamin Sr. is committed to speaking out against intoxicated driving in the hopes he can prevent another family from experiencing a similar loss.

"Maybe one day someone is out having a good time with their friends, and they remember of our son," he said.

North Richland Hills police officers who responded to the crash were in the courtroom Thursday to show support for the Castaneda family.

The family said they hold on to the following quote: "Love is like a violin. The music may stop now and then, but the strings remain forever."