Noemi Martinez, 29, has been charged with intoxication manslaughter.

Police say she was driving the wrong direction on 820, near Holiday Lane, when she hit three vehicles. 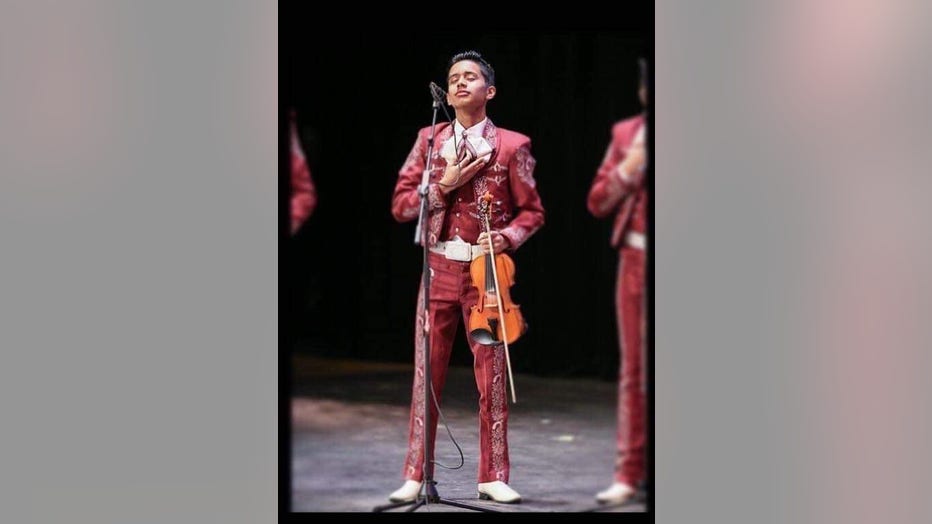 Fort Worth ISD confirmed he was a student at North Side High School. Counseling will be made available at the school on Monday.

Castaneda was a big part of the North Side High Band.

Saturday night was their first time back in the band room since his death.

As beautiful as the song "Volver" sounded being played by the mariachi band, members played it while fighting back tears.

“Every time we would go to a performance, and Benjamin was there, he would sing that song,” sophomore band member Annabel Gonzalez said.

It was one of his favorite songs to sing.

“So when it's like, Vulver, it's returning to your arms once again, so I guess the lyrics hit a little different now,” Gonzalez said.

North Richland Hills police said Martinez was driving the wrong way on 280 the morning of Thanksgiving.

Investigators said she struck multiple cars, injuring others, and killing Castaneda and a dog.

Police allege that she was intoxicated.

“I still couldn't wrap my head around, like, this can't be true,” senior band member Jose Ramirez said.

“The one that brought the most energy. With Ben, there was never a dull moment,” Ramirez added.

On a day of thanks, the Castaneda family’s life was rocked, and his voice was forever silenced.

“We want to make sure we put everything into every performance because that is what he would have wanted,” Ramirez said.

Students will hold a vigil at the school Monday at 6 p.m.

No bond was set for Martinez.