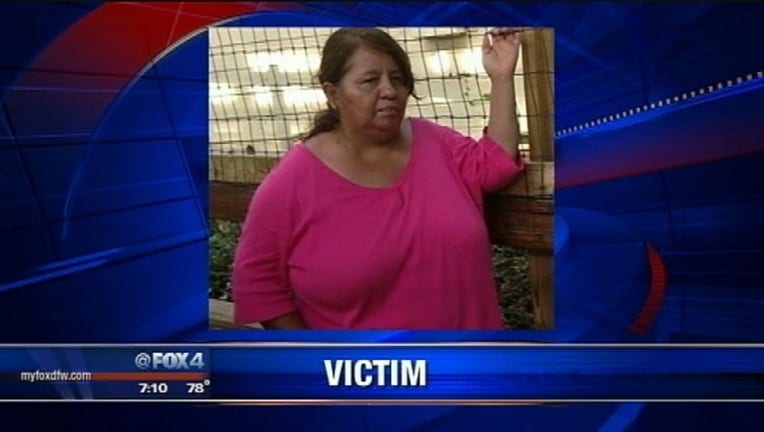 Rosa Ayala-Goana fell 75 feet after being ejected from her seat while riding the Texas Giant at Six Flags Over Texas in Arlington on Friday.

The ME's office released more details in a statement on Tuesday about the incident at the amusement park that killed the 52-year-old woman.

Ayala-Goana was seated in the third row of the carts on the roller coaster and was thrown from her seat during the "steep descent from the first large hill of the track," according to the statement.

Ayala-Goana fell 75 feet, higher than a seven story building, and struck a support metal beam. Her body then came to rest on the metal roof of a tunnel.

An autopsy showed "extensive trauma of the torso" and the cause of death was "multiple traumatic injuries" due to her fall from the ride.

The manner of death is listed as "pending" further investigation and lab studies.

An amusement park accident analyst who's looked into similar accidents says how she fit into the seat may be a factor.

"We're concerned as engineers that we design things that fit people," said Bob Swint, CEO of Houston-based ATA Associates. He said investigators will have to look at whether the woman's size may have prevented her restraints from protecting her.

"With that size you have to be concerned on whether she was properly fitted to that seat," said Swint. "We don't know if there was an issue with the ride or an issue with the way a person is sitting or operating this ride the safeguards also include the individuals who are letting people on those rides."

There is no federal agency that regulates amusement parks. The only state oversight in Texas is the Texas Department of Insurance.

The state requires two things: the first includes proof that a certified engineer approves the ride under manufacturer specifications or national standards, whichever is stricter. The second, that the park has at least a $1 million insurance policy per ride against accidents.

Six Flags spokeswoman Sharon Parker said, "We are committed to determining the cause of this tragic accident and will utilize every resource throughout this process. It would be a disservice to the family to speculate regarding what transpired. When we have new information to provide, we will do so.  Our thoughts, prayers and full support remain with the family."

An investigation into the accident will be conducted by Six Flags, not any local police or fire agency.

The Texas Giant will remain closed until an investigation is concluded. Records show the Texas Giant did not have any ongoing issues at its last inspection and it's next inspection was scheduled for February 2014.

The CEO of Six Flags hosted an investor conference call on Monday morning and briefly addressed the incident.

"Utilizing both internal and external experts we are investigating the cause of the accident and until that process is complete with have no additional information to share with you about the incident. The ride has been closed. And you can rest assured that it will remain closed until we are certain that it is safe to ride," said CEO Jim Reid-Anderson.

News of the woman's death flooded Twitter on Friday evening when the accident happened at around 6:45 p.m.

"We were on the train in front of or behind where the person had fallen out. We saw all the EMT's and firefighters and stuff rushing out. They said possibly a restraint might have come up and somebody had fallen out around the turn. I know these guys check everything all the time so I just wouldn't figure something like that would have happened," said Casey Crow who was in line for the ride.

Witnesses said as people were coming back to the station, riders were crying and knew something had gone horribly wrong.

A family who was in line behind Ayala-Goana said she was riding with her daughter and son-in-law. The family said her seat restraint seemed to go down normally before the car left. They said when the train came back, the seat restraint was down.

The family said the woman's daughter and son-in-law were calling for help. They were screaming, "We need to go get my mom!"

This is not the first death to have occurred at Six Flags Over Texas. In March of 1999, a 28-year-old woman died after the raft she and 10 others were on flipped over on the Roaring Rapids ride.

In March of 2006, 10 people were hurt on the Texas Tornado when their swings hit each other.

According to the Six Flags Over Texas website, the Texas Giant has the world's steepest drop.