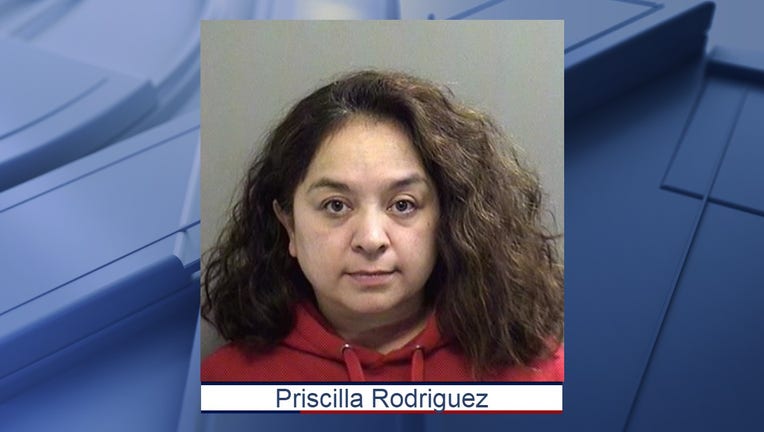 ARLINGTON, Texas - Police documents show the 45-year-old woman arrested for killing a man during a street race in Arlington earlier this week admitted to racing often.

Priscilla Rodriguez is out of the hospital and was booked into the Tarrant County jail.

According to documents from Arlington PD, Rodriguez told investigators she and the driver of a dark BMW SUV revved their engines and started to race as she drove home from work Tuesday night.

She estimated she was going 70 miles an hour or faster, in a 45 mph zone, when she slammed into another car, killing the 30-year-old driver and seriously injuring his 20-year-old passenger.

Rodriguez told police she raced multiple times a week since buying her Porsche six months ago.