A family took advantage of freezing conditions in Hurst, Texas, and built an outdoor ice rink on February 16.

LOS ANGELES - While the United States saw the coldest February in more than 30 years, the next few months may feel a lot different.

Saturday will officially mark the first day of spring, and according to the National Oceanic and Atmospheric Administration’s new U.S. Spring Outlook released Thursday, the season may end up feeling more like summer.

According to the report, above-average temperatures are likely to continue through June, and drier-than-average conditions are likely to persist for nearly half of the lower 48 states.

For April through June, warmer-than-average temperatures are favored for the entire contiguous U.S. with the exception of Western Montana, northern Idaho and sections of Oregon and Washington. 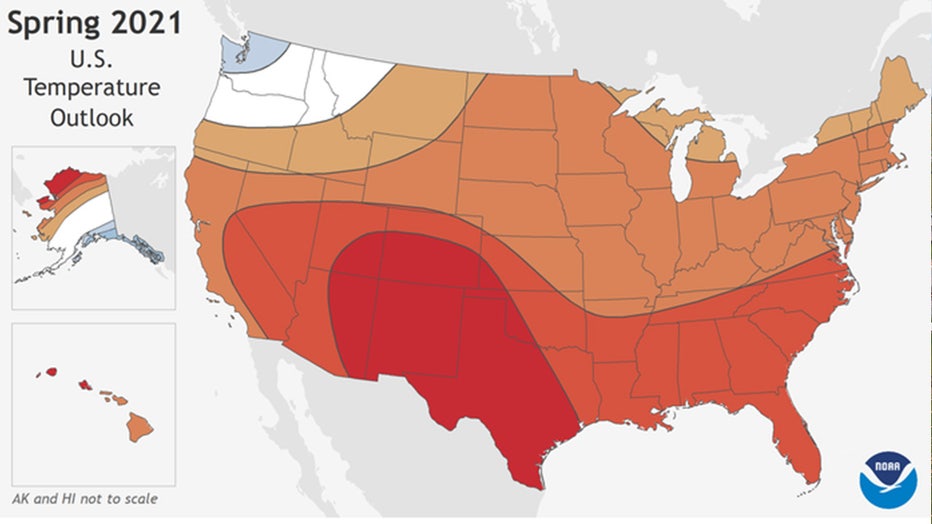 Hawaii, along with western and northern Alaska, are forecast to see above-normal temperatures, according to the NOAA forecast.

Meanwhile, parts of southern Alaska, the Alaska Panhandle and parts of Washington State are likely to see below-normal temperatures.

Drought will continue and expand

Nearly one-half of the country is currently experiencing moderate to exceptional drought conditions that are expected to not only continue, but expand over the next few months. 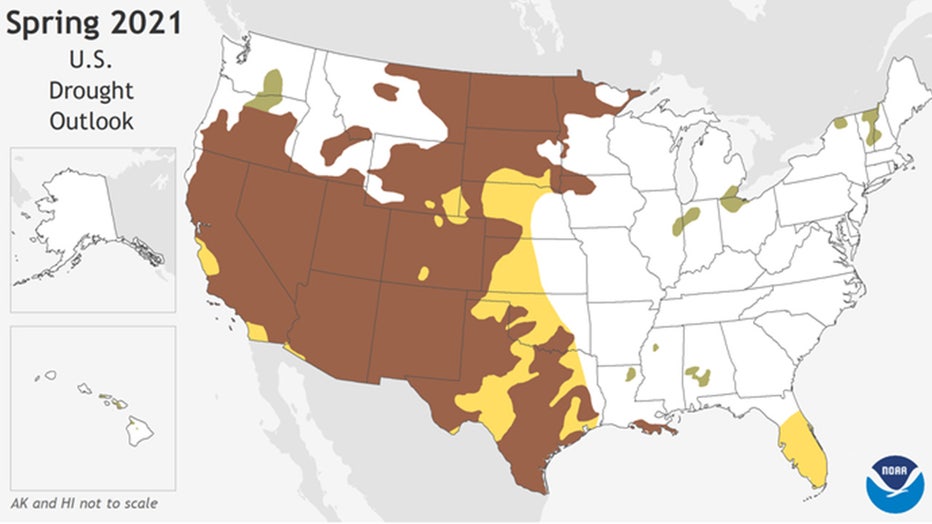 "Drier conditions in the Southwest U.S. associated with La Niña and the failed 2020 summer monsoon have been contributing factors to the development and intensification of what represents the most significant U.S. spring drought since 2013, which will impact approximately 74 million people," NOAA wrote in the report.

RELATED: US had its coldest February in more than 30 years, NOAA reports

In drought-affected areas, rangeland, pastures and winter wheat have already experienced adverse effects, which were exacerbated by the severe February cold, according to the report.

"The Southwest U.S., which is already experiencing widespread severe to exceptional drought, will remain the hardest hit region in the U.S., and water supply will continue to be a concern this spring in these drought-affected areas," said Mary Erickson, deputy director of the National Weather Service. "This is a major change from recent years where millions were impacted by severe flooding."

Drought improvement during the next few months is likely in the Midwest, New England and Hawaii with above-normal precipitation expected in these areas. 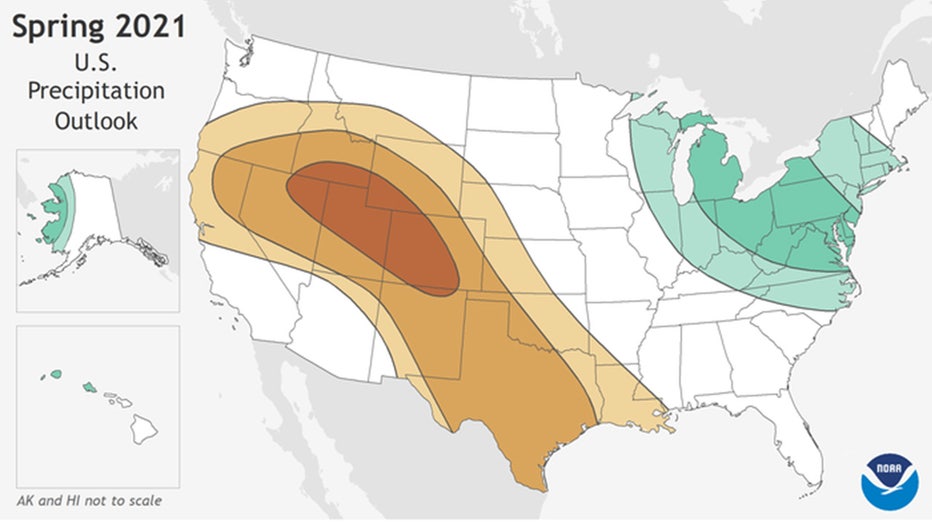 Below-normal precipitation is forecast across the southern Plains and much of the West.

Last month’s dangerous winter storms in the United States caused record subzero temperatures, power outages for millions of homeowners and led to more than two dozen deaths. It also brought one of the coldest Februarys in decades.

Snow blanketed many parts of Texas on Feb. 15, and this 3-year-old dog named Kiki in Austin got to experience the white wonderland for the first time! Credit - Anna Christina Warnick via Storyful

During February, the average temperature was 30.6 degrees Fahrenheit — 3.2 degrees below the 20th-century average, ranking as the 19th coldest February in the 127-year period on record and the coldest February since 1989, according to another recent climate report by NOAA.

NOAA produces seasonal outlooks in order to help communities prepare for weather and environmental conditions that are likely during the coming months.