Plano police are looking for the suspects seen in the video

PLANO, Texas - Plano police are looking for the people involved in a brutal attack at a Hooters that started as an argument over kids selling chocolate bars.

The fight broke out Thursday night at the Hooters off Central Expressway and Plano Parkway and left a manager with a broken arm and a waitress with cuts on her face from broken glass.

According to Plano police, two young boys, between 10 and 13 years old, were trying to sell chocolate bars to customers inside the restaurant when employees asked them to leave.

"They were being escorted out and causing issues according to the detectives. Turning over chairs, throwing things," said Detective Jerry Minton of the Plano Police Department. 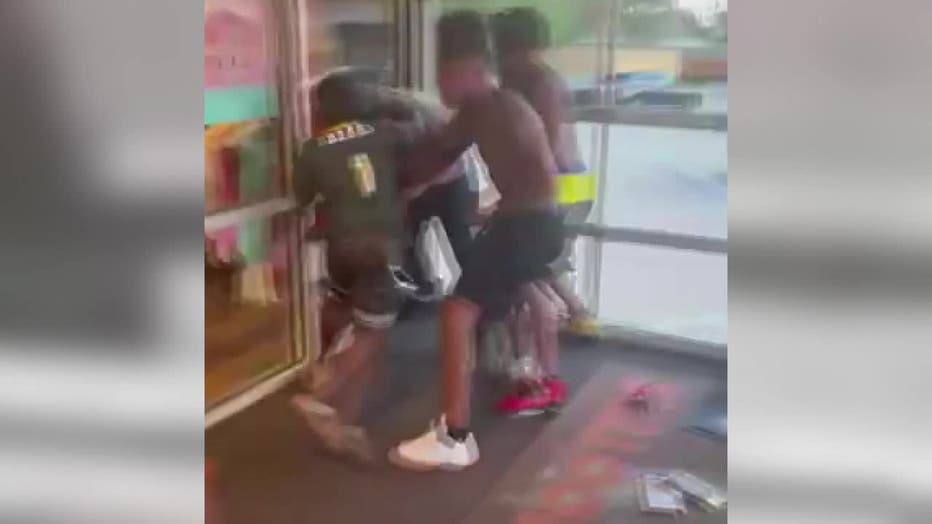 The boys then went to a waiting car where three adult males popped out.

Police say the men attacked a manager and a customer trying to help.

The fight broke out Thursday night at the Hooters off Central Expressway and Plano Parkway and left a manager with a broken arm and a waitress with cuts on her face from the broken glass.

The manager, pinned in the corner, was knocked to the ground and repeatedly punched by the angry group.

"At some point the manager was hit by some sort of hard object and broke his arm by one of the assailants," said Det. Minton.

In the video you can see a Hooters server, caught in the middle of the fight, struggling to get out of the way. 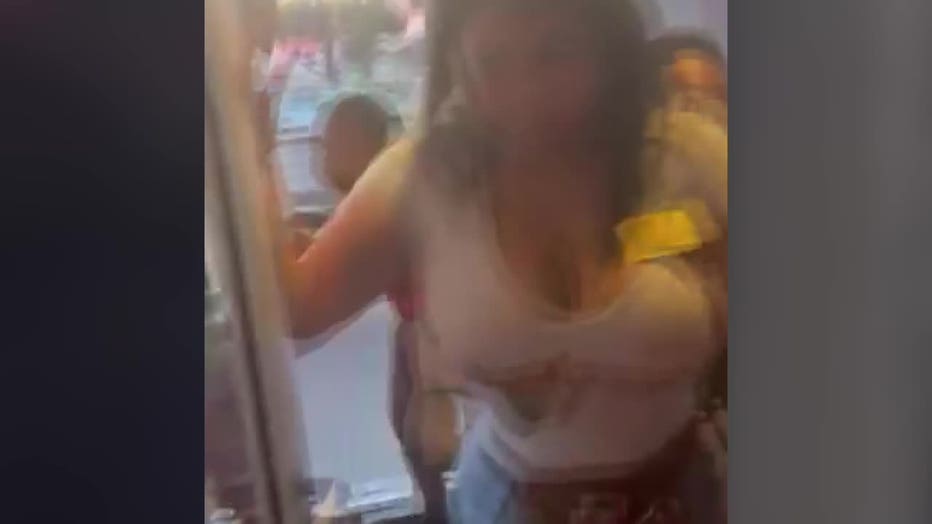 A customer who was also being hit had to crawl to safety.

As employees and customers tried to hold the inner doors closed, one of the attackers throws a weighted, standing ashtray through the window. 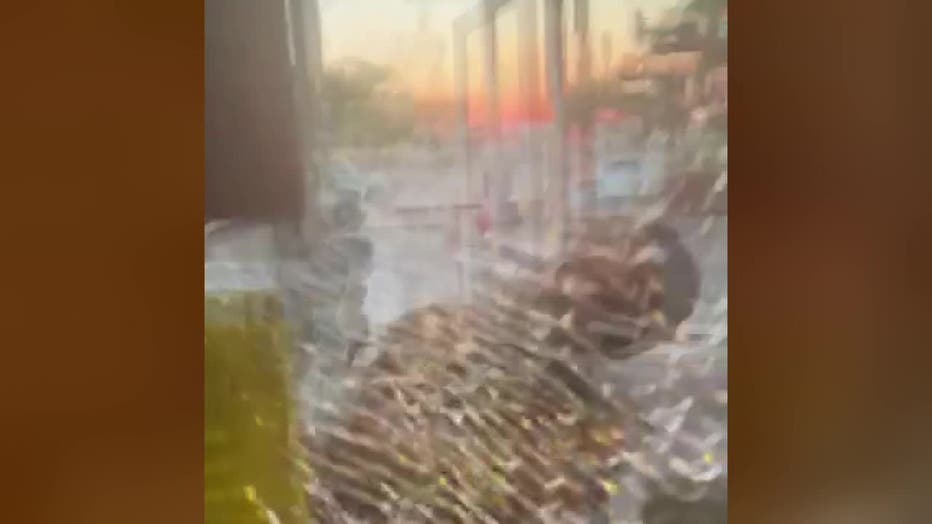 The group including the young boys took off, leaving their chocolate bars on the floor.

"It looked like they were trying to do everything they could to keep the assault from occurring inside the restaurant," said Det. Minton.

"It's over a f****** chocolate bar," one of the witnesses can be heard saying in the video.

Detectives are asking anyone who may recognize the suspects to contact the Plano Police Department.