Across social media on Wednesday, supporters posted photos of their pearls and sneakers in support of Vice President Kamala Harris.

As Kamala Harris was sworn into history with the vice-presidential oath, during her campaign she was often seen in Chuck Taylor sneakers and pearls.

Across social media on Wednesday, supporters posted photos of their pearls and sneakers. Many called it a day of inspiration and pride. 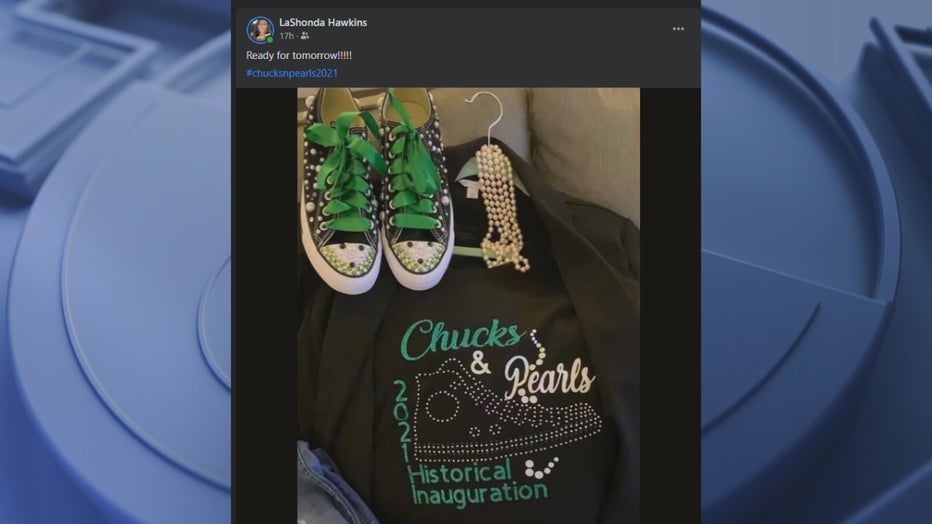 It was a historic moment on many levels as the first woman U.S. vice president, a woman of color and a sorority sister to more than 300,000 women of Alpha Kappa Alpha, was sworn in.

"For this to happen now, it really is the culmination of so much hope," Louis said. "We hoped to make an impact. We hoped that we would make change that we’d be called to some important service as people."

Alpha Kappa Alpha members say the virtual experience was the next best thing to being there.

"We have so many young women who needed to see this to know that this is possible," said Cheryl Polote Williamson. "She looks like me. She excelled. My heart is so full."

"All of us, we are ready to go to work and help our vice president-elect do the work that needs to be done for sure," said Rita Hightower.

Celia Walker describes the moment as one that was just as important for her young son to witness as her daughter.

"For him to witness it, he understands the potential is endless," she said. "It’s like what you can achieve in this country is endless."