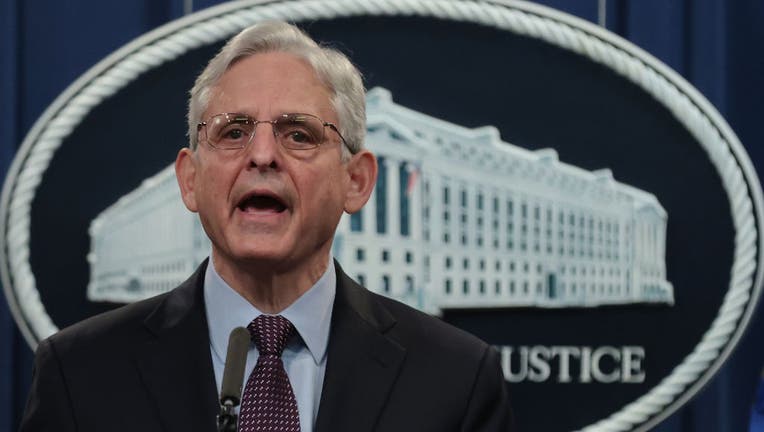 WASHINGTON - U.S. Attorney General Merrick B. Garland announced on Thursday that he is promising to enhance the nation’s effort to combat human trafficking.

The announcement follows the publication of the Justice Department’s new National Strategy to Combat Human Trafficking, released on Jan. 31.

"Human trafficking is an insidious crime," said Garland in a press release following the report. "Traffickers exploit and endanger some of the most vulnerable members of our society and cause their victims unimaginable harm. The Justice Department’s new National Strategy to Combat Human Trafficking will bring the full force of the Department to this fight."

The department’s latest commitment to fighting traffickers will involve stronger engagement and coordination among all 94 U.S. Attorneys’ Offices in the nation, according to the DOJ.

Enhanced training will be implemented among federal law enforcement to stop these crimes.

The announcement follows the country’s recognition of National Human Trafficking Prevention Month which is in January.

"Human trafficking is one of the fastest growing criminal enterprises in the world and requires the collaboration of federal, state, and local law enforcement to effectively combat," former Acting Attorney General Matthew Whitaker told Fox News Digital on Monday.

"These challenges are exacerbated by a porous southern border," Whitaker added. "During my time at the Department of Justice, we leveraged every resource to support victims and hold offenders accountable."

Human trafficking is defined by the Department of Homeland Security (DHS) as involving "the use of force, fraud, or coercion to obtain some type of labor or commercial sex act."

Each year, "millions of men, women, and children are trafficked worldwide — including right here in the United States," the federal agency said.

"It can happen in any community and victims can be any age, race, gender, or nationality. In addition, traffickers might use violence, manipulation, or false promises of well-paying jobs or romantic relationships to lure victims into trafficking situations," the DHS added.

Human trafficking is especially rampant in the U.S. where people are often forced into commercial sex trades and drug smuggling operations, according to the Department of State.

Last month, President Joe Biden said in a proclamation about National Human Trafficking Prevention Month, "Human trafficking — whether in the form of forced labor, sex trafficking, or other offenses — is an abhorrent abuse of power and a profoundly immoral crime that strikes at the safety, health, and dignity of millions of people worldwide."

He also said, "We reaffirm our commitment to protect and empower survivors of all forms of human trafficking, to prosecute traffickers, and to bring an end to human trafficking in the United States and around the world."

FOX News contributed to this report. It was reported from Los Angeles.