AUSTIN, Texas - This Easter is very different for many Ukrainian refugees, with close to 5 million people fleeing Ukraine.

It's been almost two months since Russia invaded the country, and among those fleeing are some that are finding refuge in Texas.

One is a mother who has been in the Lone Star State the past two weeks with her daughter.

"First egg hunt was [Saturday] at the church, and [Sunday], in the community that had another egg hunt," she said. "I was talking to my husband yesterday on the phone. When I am back home, I want to have a little bit of the U.S. traditions in Ukraine."

On this holiday, Petrus is staying with her host family in Austin. 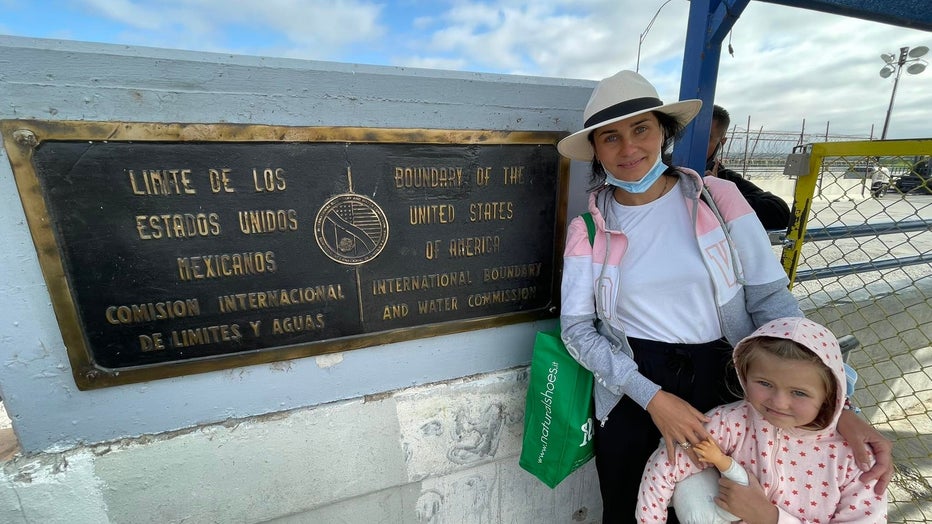 However, she can’t help but worry about her husband and family trapped in Ukraine, going on almost two months now.

At the same time, she’s trying to explain to her daughter why going home isn’t an option.

"She goes and asks me every evening. She asks, ‘When is dad coming?’ And ‘Why sometimes can’t he pick up the phone?’" she said. "It’s difficult for me to process it here being far away, but I don’t know how people handle it back in Ukraine."

When Russia invaded, they headed west 30 hours by car, from L’viv to Poland.

Then hopped on a flight to Mexico City.

The two crossed into Texas with one luggage bag in tow, eventually making their way to Austin.

Her next goal is to move to Dallas.

"Then I am meeting more people, their friends, who are trying to help because Dallas there is a Ukrainian community, churches, and a big immigration group of Ukrainians there," Petrus said.

A key city in Ukraine appears close to falling to Russia after relentless attacks. And, Russia has a warning for the United States. Good Day talk to Newsweek senior foreign policy writer Tom O'Connor about the latest in the War on Ukraine.

Easter service was held at St. Sophia Ukrainian Church in The Colony Sunday.

"Our community, as a matter of fact, is bigger than ever," said Andriy Malyshchak, who attends the church. "In this time of Easter and celebration, please keep in mind Ukraine is still fighting. Our soldiers have Easter in their heart, but we need U.S. support."

Support Petrus said she and her fellow Ukrainians are thankful for, while her plan moving forward is still unpredictable.

"It kills me inside and I don’t know how to process it," she said. "Sometimes I talk to Alice and David, my host family. I am not myself. I don’t remember crying and screaming that bad."

Petrus said people she knows in Dallas are already trying to find a school for her daughter, and if she can get work visa status sorted out. Petrus hopes to work here indefinitely.