A Ukrainian exchange student who has been living and learning in North Texas said she's felt extreme guilt about what's happening in her homeland.

GAINESVILLE, Texas - A Ukrainian exchange student who has been living and learning in North Texas said she's felt extreme guilt about what's happening in her homeland.

She said she feels like she's in limbo, living here until June and not knowing what might happen next.

The 16-year-old was expecting a normal American experience in North Texas, and for the most part, things have been normal here.

Back home, however, her loved ones are in the middle of war.

A tennis racquet was something foreign to Tetiana Shevenko.

"It was absolutely new for me," she said.

The Ukrainian exchange student never held one until she moved to Gainesville last August.

Unfortunately, for every bit of fun she’s having in the U.S., she said she feels guilty because loved ones back home are at war.

"It’s not supposed to happen," she said.

Shevenko’s host family thought it’d be nice to have a "sister" for their 8-year-old.

They decided to host the teenager for a school year. They were shocked when six months into her stay, Russia invaded Ukraine. 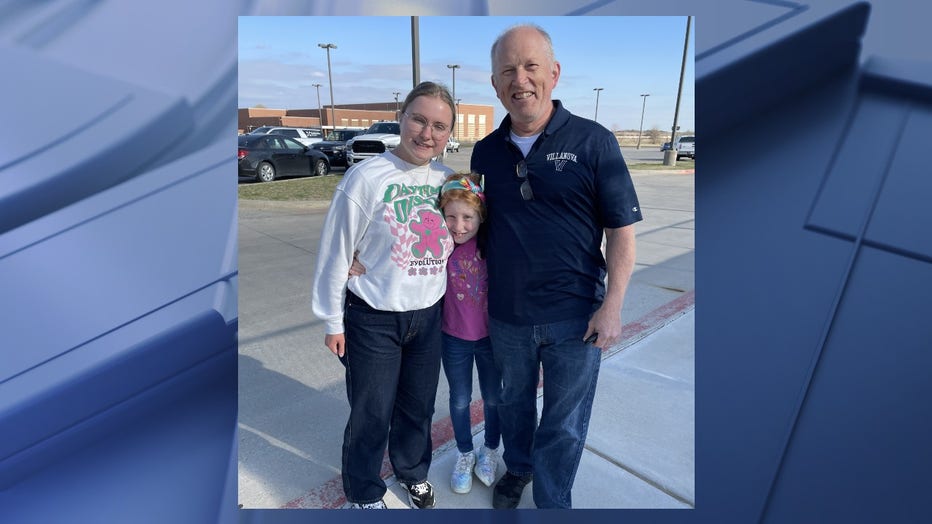 "The whole realization that her world has been turned upside down overnight," one of her host parents, Martin Phillips, said. "When she’s able to go home, she’s not going home to the home that she left."

It’s currently not safe for Shevenko, who was initially scheduled to return in June, to go home.

She’s from a small village in central Ukraine of about 3,000 people that is just a two and a half hour drive from Kharkiv, which has been reduced to ruin by Russian bombs.

It’s just four hours away from the capital of Kyiv, which has been under constant attack.

"It’s tough to see somebody go through that, yeah," Phillips added. "You can’t imagine what that is like."

"A lot of people are asking like, ‘How’s my family? How are they doing?’" Shevenko said.

Her family is safe, however, those who are not are on her mind.

For now, she’s trying to enjoy her stay in North Texas. Showing off skills, like artwork on display at school, while picking up a few new hobbies.

Hoping, sooner rather than later, to return home with inspiration.

"You’re just waiting," she said. "To help, to build, a new even better Ukraine."