U.S. Attorneys across Texas issue warning for those planning to protest on Inauguration Day

U.S. Attorneys across Texas have come together with a warning to those who might want to cause trouble in Texas.

More guardsmen are filing into the U.S. Capitol, and states are shoring up security around capitols in advance of rumored protests ahead of next week's inauguration.

U.S. attorneys across Texas have come together with a warning to those who might want to cause trouble in Texas.

The message is don't mess with Texas as law enforcement looks back at what happened last Wednesday in the nation’s capital.

The U.S. Capitol looks more like a military post than the capstone of democracy following last week’s attack that cost five lives, including a Capitol Police officer.

Eric Jackson served as head of the Dallas FBI Office before retiring.

"Law enforcement is very resilient," he said. "And any lessons missed from last Wednesday are gonna be proactively corrected."

Even as more armed guardsmen stream into the nation’s capital, federal law enforcement has been in conference calls with local police chiefs this week about internet chatter of promised protests and violence leading to Inauguration Day. 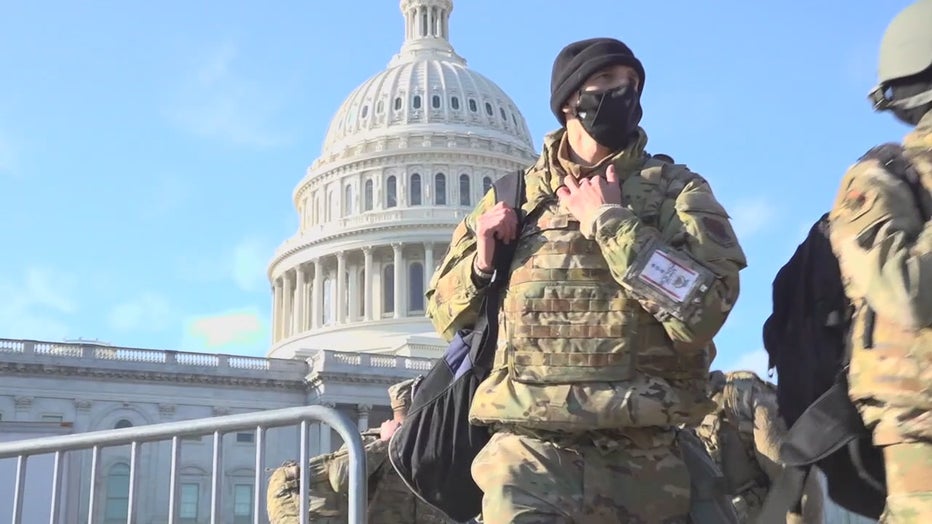 States are bracing for what could happen and are protecting their capitols, Texas is no different.

U.S. attorneys across the four Texas districts put out a joint statement saying: "those who intend to commit crimes at the Texas State Capitol, rather than peacefully demonstrate, can expect to be met with a swift response by law enforcement and prosecution by our office."

Paul Coggins was for eight years the U.S. attorney for the northern district of Texas.

"If you try it in Texas, you're going to be prosecuted to the fullest extent of the law. I think that’s an important signal for them to send out," he said. "It’s far more dangerous. It’s far more deadly than foreign terrorism, and it’s going to be something this new administration is going to have to be hyper-focused on."

Those who attacked the Capitol and even threatening lawmakers, Coggins calls them the ideological children of groups like the Republic of Texas and We The People.

"And now we have a significant number of people a frightening number of people who basically don’t recognize a free and fair election," Coggins said. "They're just not going to recognize it if it’s not who they want in the White House."

Both Coggins and Jackson feel like law enforcement will be ready for whatever may happen this week and that we won't see police under pressure as we saw in the Capitol last week.