Two West Dallas restaurants are dealing with the aftermath of burglary attempts.

DALLAS - Two West Dallas restaurants are dealing with the aftermath of burglary attempts.

In one attempt, the crooks backed into a barbecue restaurant, damaging the restaurant.

Decades of history and memories are covering the inside of a family-owned restaurant in West Dallas following a brazen burglary attempt early Tuesday morning.

Surveillance footage shows a white Ford F-250 pickup truck reversing into Odom’s Bar-B-Que off Singleton Boulevard. Two guys wearing jackets with hoods got out of the truck and ran with their heads down.

The video doesn't show them leaving. But 15 seconds after they ran off, the video shows another guy not wearing a hood coming from the parking lot jog over to the building. He checked things out and took off in the truck. So far no one has any idea if the third guy was working with the other two guys. 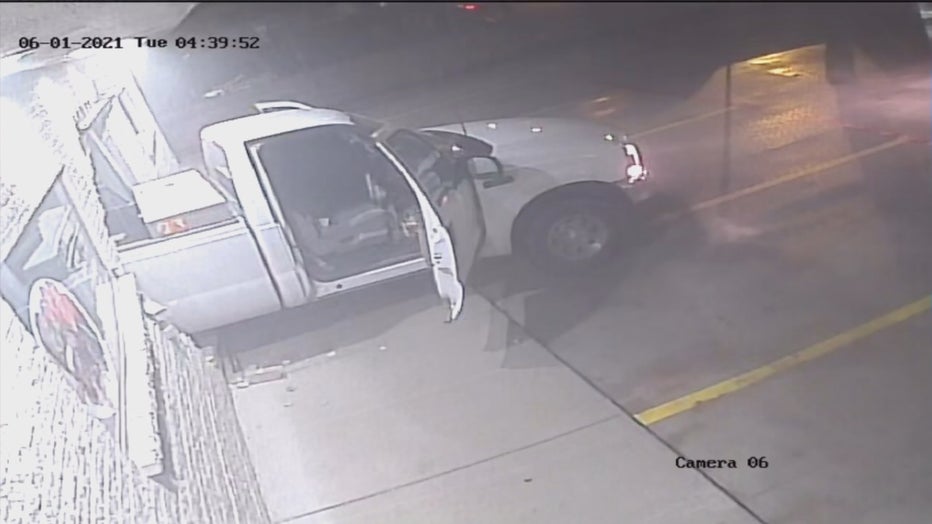 Odom’s is a family business. Aaron Odom is in the family.

"This building was started in the early 60s. I think I was 9 years old," Odom said. "All over the city, all over the state, all over the country, we have people that come to Odom’s Bar-B-Que."

They don’t know what the vandals were after. They believe their alarm system scared them off.

"If you need something, come ask for it," Odom said. "We probably could help you with it."

Now, they’re left with a mess.

Frida’s Tacos is just a few blocks away from Odom’s. Someone broke into that restaurant 20 minutes after the crime at the barbecue joint.

Dozens of liquor bottles were stolen. The restaurant is passing images of the suspects to police.

Barragan wonders who it was.

Back at Odom’s, they say not even a pickup through their front entrance will keep them from trucking on.

"No, no, no," Odom said. "We have employees and people that depend on us every day."

Police say their reason for not talking about any potential increase of enforcement in the area is for strategic reasons.