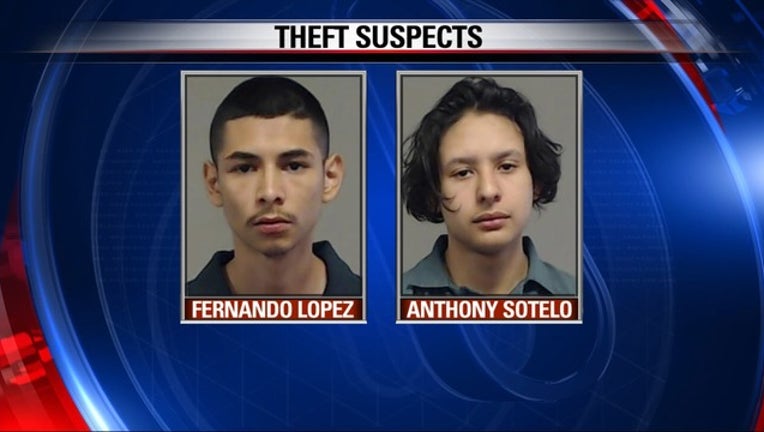 Collin County Sheriff's deputies arrested two men they say stole more than $1 million in cash and coins from a home in an unincorporated part of the county.

Investigators found Fernando Lopez, 18, and Anthony Sotelo, 19, in Dallas thanks to a tip from a witness.

They found five guns, nearly a pound-and-a-half of marijuana, gold and nearly $500,000 in cash. Investigators also tracked down more than $20,000 in gold and silver coins at an exchange store.

Both suspects are charged with felony theft and additional charges could be filed.