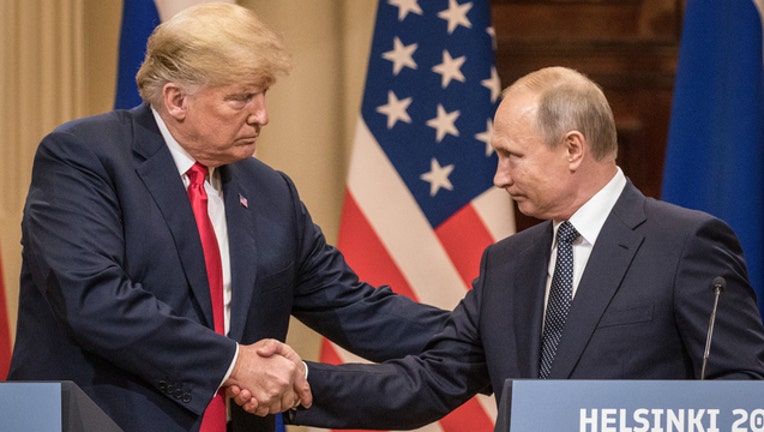 WASHINGTON (AP) - President Donald Trump says it would be appropriate for Russia to be readmitted to a group of the world's major industrial nations.

Trump says Russia is often discussed when he and the leaders of Britain, Canada, France, Germany, Italy and Japan meet annually as a group. Trump is scheduled to fly to France on Saturday for this year's meeting of the Group of Seven.

In March of 2014, at the urging of then-President Barack Obama, the leaders expelled Russia from what was the Group of Eight after President Vladimir Putin annexed the Crimean Peninsula.

Trump claims Obama pushed for Russia's expulsion because Putin had "outsmarted" him.

The president made similar comments about reinstating Russia to the G-7 before he attended the 2018 summit. Nothing came of it.