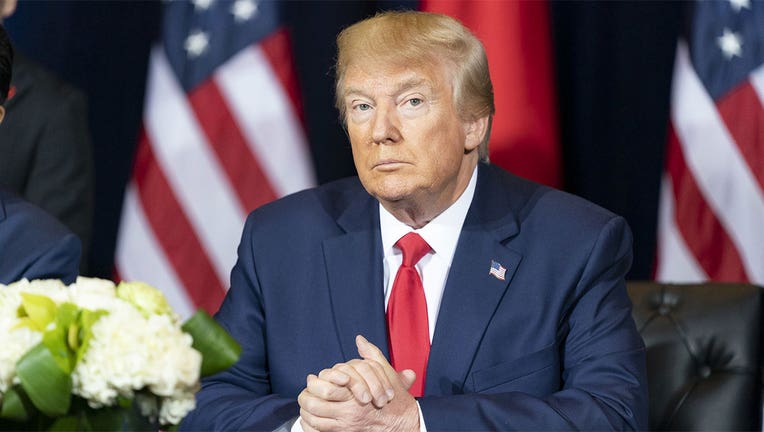 DALLAS - Former President Donald Trump will attend services at First Baptist Dallas ahead of an appearance at the American Airlines Center on Sunday.

Trump is attending at the request of First Baptist Dallas Pastor Dr. Robert Jeffress, a longtime political ally of the president.

Trump will speak at some point during the Christmas-themed service at the downtown Dallas church.

Later that afternoon, Trump will be onstage at the AAC alongside ex-TV host Bill O’Reilly for "The History Tour." There have been conflicting reports on the number of tickets sold for the event.

Event organizers bill the event as a conversation about "how things were accomplished, as well as challenges, both good and bad, during the four years of Mr. Trump’s presidency."