Carrollton police looking for help to find three people who have repeatedly stolen from the same store, walking into the store and taking what they want right off the shelves.

CARROLLTON, Texas - In this week’s Trackdown, Carrollton police looking for help to find three people who have repeatedly stolen from the same store, walking into the store and taking what they want right off the shelves.

Police are hoping their unique look gives them away.

"These suspects casually walk in during business hours, broad daylight, other customers in the store. Help themselves to what they want and casually walk out, and the thing that's frustrating, obviously, for the business owner and for us is this has happened more than once and we've not been able to identify them," said Jolene DeVito with Carrollton PD." So that's why we're really appreciative of your help in this one."

The surveillance video released by police is from September 4.

Police hope someone can help identify these thieves with unique looks.

"We don't know their gender identity. We do know we see long hair and braids. We see purses, but also the victims here have described them as both male and female," DeVito said. "What's curious to us as law enforcement is that, with such a unique appearance, we've not been able to identify them, we've never interacted with these suspects before. We shared this information with surrounding agencies and that didn’t lead to anyone. Obviously, someone knows who this is, so we're greatly hoping this will help." 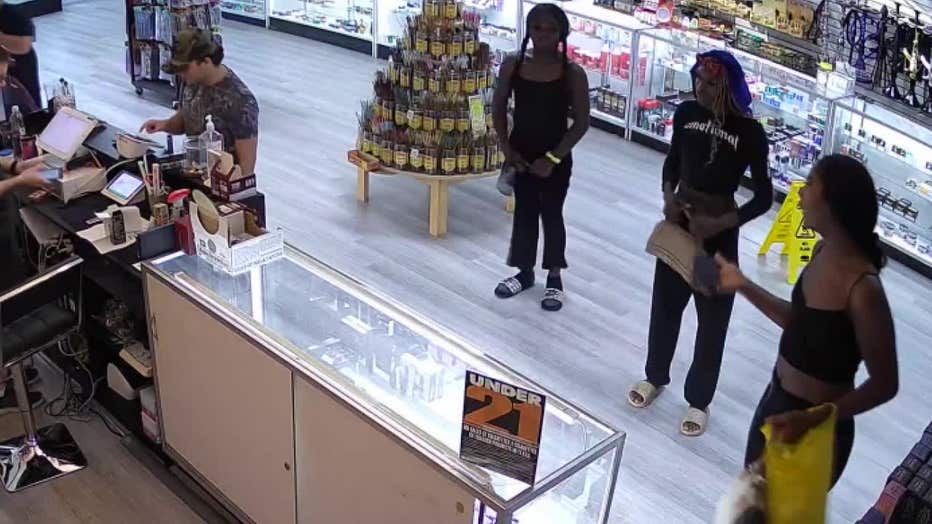 And because this isn’t their first crime, those at the store know what’s about to happen, but they were gone before officers arrived.

"You can see that the clerk knows what’s about to happen. He gets on the phone to call us right away. He knows they're about to steal from him," DeVito said.

Anyone who recognizes these suspects is asked to call Carrollton PD’s anonymous tipline at 972-466-9133 or email crimetips@cityofcarrollton.com.