In this week’s Trackdown, police have a big challenge solving what they call a road rage incident that left a Dallas man struggling to survive.

DALLAS - In this week’s Trackdown, police have a big challenge solving what they call a road rage incident that left a Dallas man struggling to survive.

Video is limited and poor, but police hope it's enough to jog someone's memory.

"I had a gunshot victim who exited the freeway in his vehicle. He had a silver Honda Civic," said Dallas PD Det. Fernando Silva.

There is video of the victim’s car only on the service road, and it is poor quality, from a distance, and very grainy.

Investigators are hoping maybe someone will remember seeing that silver Honda Civic around I-35 North and Market Center Blvd.

"He's got his hazard lights going on the service road. He's got a green light going toward Market Center, goes across Market Center intersection, and see where those bushes are right over there. He kind of hops the curb and he comes to a complete stop right at that point," Det. Silva explained. 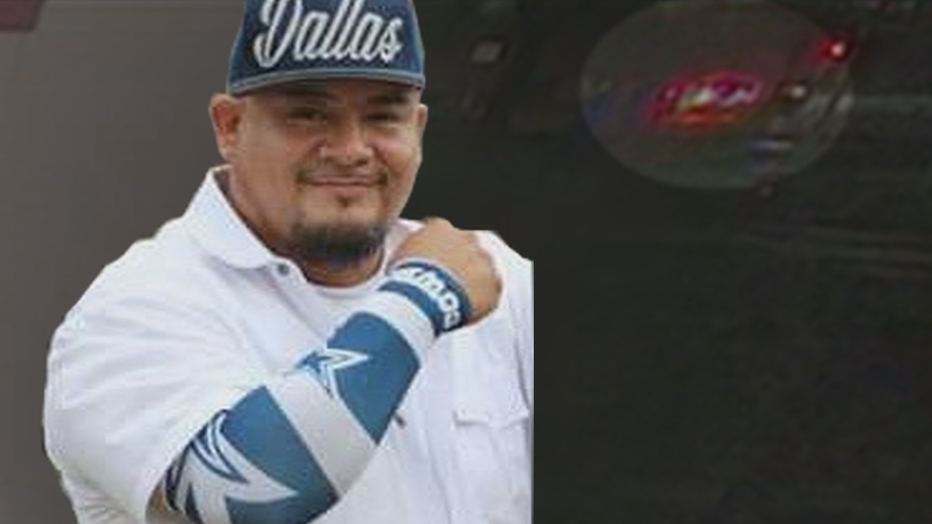 De La Cruz was the only person in the vehicle. Police found that before hopping the curb, he had been shot.

"Coincidentally enough, about 45 seconds later, we had a Dallas Marshal officer who came up the same way on the service road," Det. Silva said. "That officer turns on his lights and gets behind my victim and when he exits and makes contact with the victim, he sees that the victim has several gunshot wounds to the right side of his body and to like his neck area."

The 50-year-old De La Cruz has had four surgeries. He is now fighting to survive.

"Based on the nature of his injuries, I believe it was some sort of road rage incident that happened just south of here, on Stemmons," Det. Silva said. "I know the weather was bad. I know it was dark, but if you saw something, a vehicle, a pickup truck, any kind of information, please don't hesitate to reach out to me and give that to me."

Anyone with information is asked to call Det. Silva at 214-671-3639 or email fernando.silva@dallascityhall.com.