Dallas homicide detectives call what happened in Hamilton Park on July Fourth an ambush. They released new surveillance video first to FOX 4’s Shaun Rabb. The seven or eight suspects are the focus of this week’s Trackdown.

When the bullets stopped, six people had been shot. Three would not survive.

The shooting at Hamilton Park is being called the worst mass shooting in the community’s history. It happened Sunday during a block party on Bellafonte and Towns Street.

"A little after 11 o’clock that night, a red Chevrolet Camaro convertible was leaving the block party. It had four people inside of it," explained Dallas Police Det. Theodore Gross. "Those four people did not realize they were about to drive into a coordinated ambush."

Two groups of young guys walked down both sides of Towns Street. Police have video from two cameras on the Highland Park Pacesetter Magnet Elementary School that show the Camaro driving down the street. 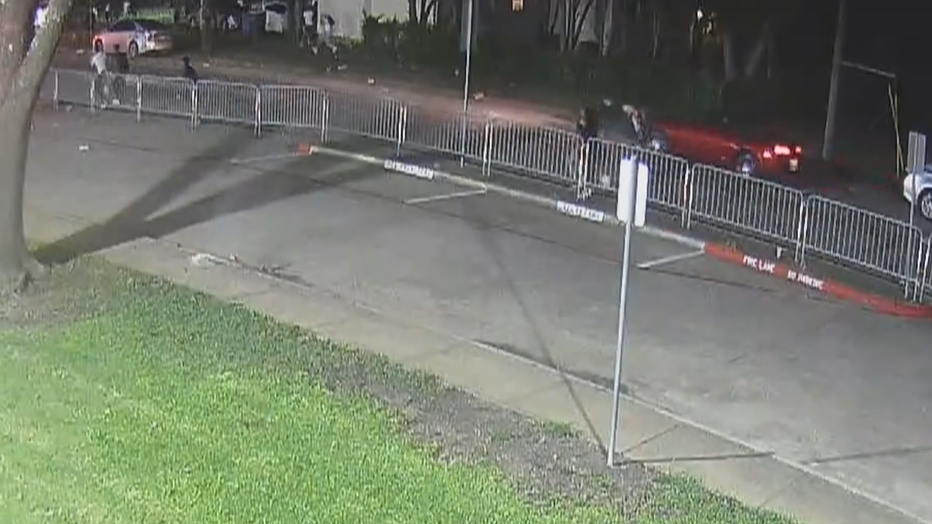 "Once they get past those two groups of men that were waiting to ambush them, a warzone happens," Gross said. "Over a hundred shots are fired at this vehicle."

You can see flashes of light in the dark that are bullets flying from the guns. For 21 seconds, bullets zipped, bounced and popped. After that, the shooters weren't done.

"An additional person chases after the vehicle and continues to shoot after they wreck into a parked vehicle," Gross said.

Two of the four people in the Camaro were killed: Alvin Ray Murray II and Hassan Blazer from Shreveport, Louisiana.

"It wasn’t just the people in the car that were involved," Gross said. "As well, there was a person that was shot down here who passed away from his injuries."

That was 17-year-old Miquarious Alexander.

"And a young lady who was sitting in her vehicle, she got shot as well," the detective said. "Fortunately, she's gonna survive."

Detective says the shooters had weapons in a white Jeep Cherokee and some left in it as well. They want to find out who drives the vehicle. 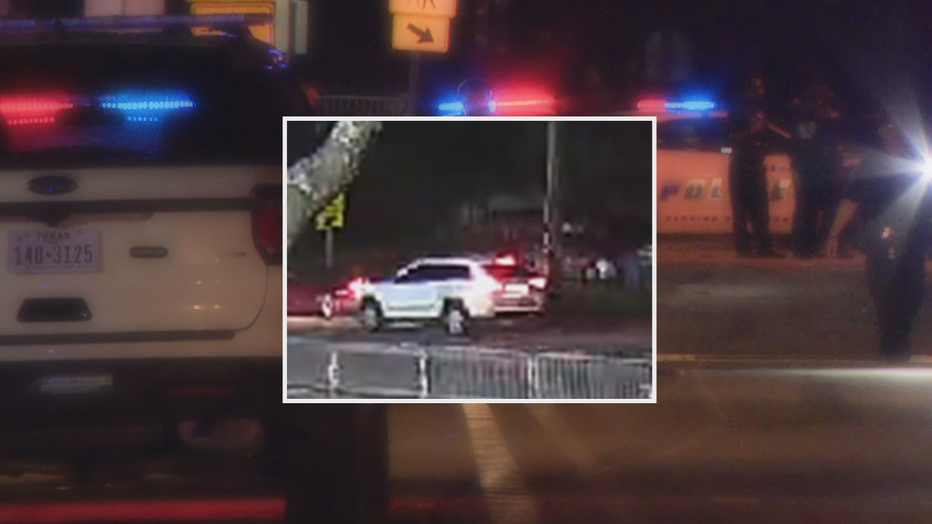 Detectives are also looking for a guy in a black ball cap caught on camera. The picture isn’t the clearest, but they say he is one of the people they are looking for. 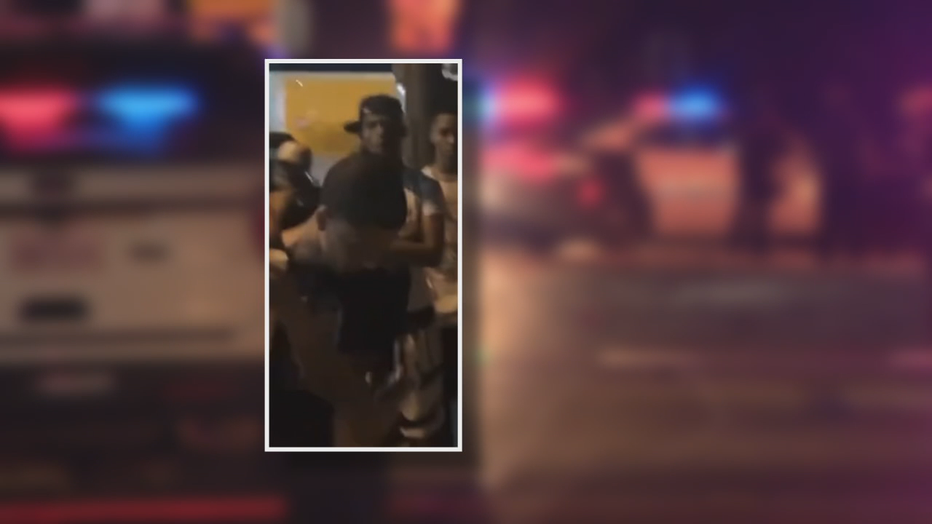 "We're really asking that the community bans together and helps to give answers to these families," Gross said.

Anyone with information is urged to contact Det. Gross at theodore.gross@dallascityhall.com or at (469) 792-5142.

3 dead, 2 others wounded in shooting as July 4th block party was wrapping up in Dallas