In this week’s Trackdown, Fort Worth police have asked for help to find the killers of family man Francisco Macias.

FORT WORTH, Texas - In this week’s Trackdown, Fort Worth police have asked for help to find the killers of family man Francisco Macias.

As of now, the only evidence police have is video of a black four-door car that stopped alongside the father as he was getting in his truck to go to work. 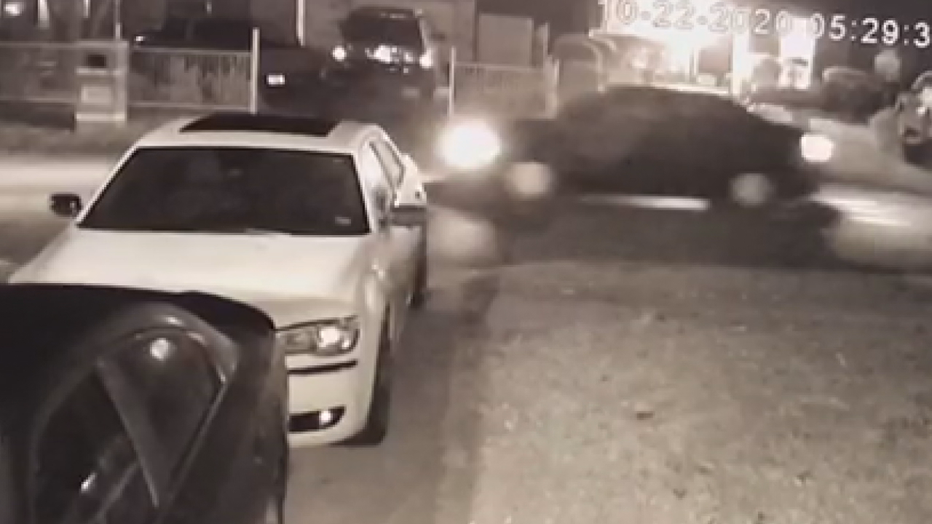 The people inside that vehicle gunned Macias down.

“He came out of his residence about 5:30 in the morning, lunch pail in hand. To him, it was just going to be a normal day,” explained Fort Worth PD Det. Kent Bickley.

Sadly for Macias, Thursday, October 22 would not be normal.

Now, there is a memorial of flowers, prayer candles, and an owl - which in some cultures and traditions is a messenger of death - at the curb where Macias was murdered.

“A few seconds after he opened the door to get into his vehicle, a small black four-door car approached from the west side, eastbound, and stopped right beside his truck. He had no idea what was going on,” Det. Bickley said.

All of this happened in Fort Worth's Stop Six neighborhood, in the 5100 block of Anderson Street, between Walker and Dillard.

Detective Beckley is not sure what kind of car the killers were in.

“It’s a car that has no distinct things about it,” he said. “At least three gentlemen, suspects, jumped out of the car with guns. Mr. Macias never put up a fight. He didn't argue with them. They walked him to the front of his car, and then shortly after, they shot him in cold blood and they took off. His family heard the gunshot they came out, tried to render aid.”

Det. Bickley added that the suspects didn’t take Macias’ truck or anything else.

“In this case, we don’t know what the motive was, and hopefully out there, somebody can tell us why Mr. Macias was either targeted or selected, because right now, it doesn’t look like he was getting robbed,” Det. Bickley said. “Every life that’s lost is sad. We take them all seriously. This one in particular hits home. I’m a father. I’m a brother also, so I would want somebody out there with information if something happened to me or one of my family members to give that information up so we can solve this and get closure for this family.”

Anyone with information is asked to call Det. Bickley at 817-392-4344 to help track down the killers of Francisco Macias.