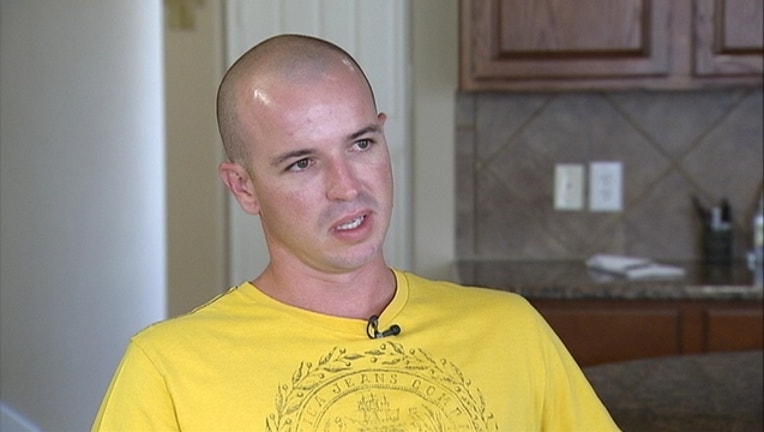 The City of Lavon is suing one of its own citizens after it says it mistakenly released confidential information to him.

According to the lawsuit, the citizen, retired Army Staff Sgt. Joshua Murray, could be on the hook for potentially $100,000 in legal fees.

He’s served tours of duty in Iraq and Afghanistan, but he says the stress he's facing now is worse.

"My family could be responsible for paying $99,999 in city attorney fees,” he said. “Because they made a mistake.”

Lavon is a small town in Collin County.

Murray moved there for its great schools, but after a Lavon police officer told him he couldn't have out his “Children at play” signs out, he went to city hall to make a public comment.

“Speaking of bonds that we could take out in the dollar amount that we could go up to without taking it to vote,” said Murray. “…Just didn't sit right with me."

So he looked deeper.

He made some records requests and saw receipts for expensive hotel stays.

He created a Facebook page and started posting the city's bills.

Then, the city handed over a disk with 2,500 emails; some of them with sensitive information.

In one, labeled “Attorney Client Privilege,” the police chief asked the mayor if he could record two public utility employees.

The mayor wrote, "I cannot tell you not to talk to them or not to record them if you feel you need that protection.”

The attorney for the city told FOX 4 that the city mistakenly released some emails that contained highly confidential information, and they asked Murray to return them before suing him.

“They did not follow the rules themselves, and in turn, they're saying Mr. Murray is breaking the rules,” said Elahi. “I think they're confusing attorney client privilege with just embarrassing emails."

Murray plans to keep fighting for what he sees as the public's right to hold government accountable.

"I felt as if I've been bullied by our city,” said Murray.

At a hearing Monday, the judge allowed Murray to keep his Facebook posts up and keep the disk as long as he did not distribute it for now.

A hearing in the case is set for later this month.