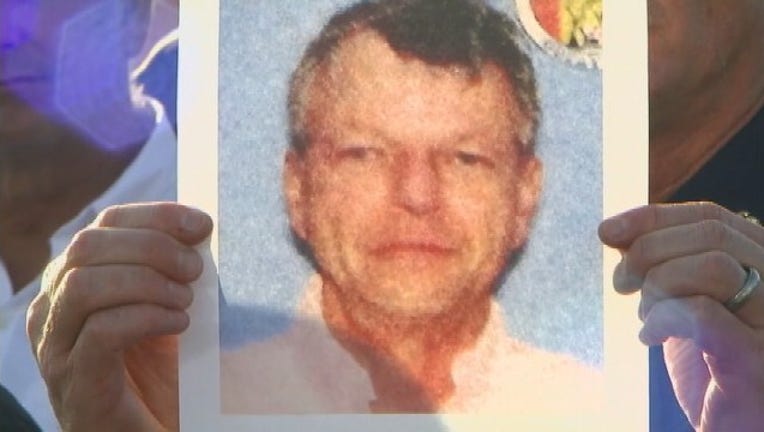 Police on Saturday thanked the many people calling in tips about John Russell Houser as they worked to reconstruct his movements before he killed two people, wounded nine and then killed himself in a movie theater.

They are still interviewing victims and witnesses and studying his cell phone records, internet postings and other contacts, trying to establish what prompted the right-wing extremist with a long history of erratic behavior and violent threats to open fire.

"Our intelligence section is still analyzing a lot of that," Lafayette Police Col. Paul Mouton said, adding that many people "feel they have had some sort of contact or run-in with this individual."

An initial report about Houser will likely be released next week, the police spokesman said, and by Monday, they expect to remove the police tape from the crime scene, returning some measure of normalcy to the place where a romantic comedy exploded into violence.

Houser, 59, said not a word as he aimed at the audience, witnesses said. He left a horrific scene of blood, bullet holes and spent shell casings, and purses, wallets and shoes.

Emily Mann, 21, told The Associated Press that she escaped with her friend by crawling out on their hands and knees while he picked off others one by one.

Mann and her friend arrived late for Thursday's "Trainwreck" feature, so they quietly found seats near the back of the small theater. They didn't notice the man just a few seats down until 20 minutes into the movie, when he got up and started firing.

Houser was a deeply troubled man with a reputation of provocative, angry behavior in the communities where he lived in Georgia and Alabama. He had a regular seat on local television and radio shows and local board meetings, providing a right-wing and even conspiratorial counterpoint to more mainstream political voices, according to many accounts.

Houser's own family persuaded a judge that he needed mental health treatment in 2008, and years earlier, another judge ordered a psychiatric evaluation for Houser after he was arrested for allegedly trying to kill a lawyer by hiring an arsonist to torch his office, according to court records.

Along the way, Houser became estranged from his family, lost his businesses, his home was foreclosed on, and when he was finally evicted, he ruined the property by pouring concrete into the plumbing and glue into the fixtures before he disappeared. His wife filed for divorce in March, and police said he became a drifter, staying in a Motel 6 in Lafayette after his mother sent him $5,000.

Given his background, many people were asking how he managed to buy a semi-automatic handgun from a pawnshop in Phenix City, Alabama, where the sheriff on Friday said his office had denied Houser a concealed weapons permit.

But Louisiana Gov. Bobby Jindal said Friday that "now is not the time" to discuss gun control, a position backed Saturday by rock musician and gun enthusiast Ted Nugent, who was in Lafayette for a sportsmen's exposition. Nugent came to the theater with retired Col. Allen West, a FOX news commentator, to lay flowers and show their respect for the victims.

Asked whether Houser should have been allowed to purchase a gun, Nugent said "I think it's inappropriate to even approach that subject. I think it's all about prayers for the victims and the families And showing support for the community."

Houser was a regular presence on right-wing extremist message boards, where he praised Adolf Hitler and advised people not to underestimate "the power of the lone wolf," according to the Southern Poverty Law Center, whose hate-group watchdogs spotted Houser in 2005, registering to meet with former Ku Klux Klan leader David Duke.

Court records describe erratic behavior and threats of violence that led to an arrest for attempted arson and a court-ordered psychiatric evaluation in 1989, and a brief involuntary hospitalization in 2008, along with a restraining order preventing him from approaching family.

Houser "has a history of mental health issues, i.e., manic depression and/or bi-polar disorder," his estranged wife told the judge.

"He was pretty even-keeled until you disagreed with him or made him mad," said Jeff Hardin, the former mayor of Phenix City, Alabama, just across the state line from Columbus. "Then he became your sworn enemy."

Authorities in Louisiana and Alabama cited these mental problems Friday as they bemoan the underfunding of mental health services in America.

Russell County Sheriff Heath Taylor said his office, which oversees Phenix City, denied Houser's request for a concealed weapons permit in 2006 because of the arson arrest and a domestic violence complaint that his wife ultimately dropped.

Pressed to explain why Houser wasn't convicted of anything, Sheriff Taylor pointed to cuts in the safety net.

"What should be scary for the community is that the cuts being made in mental health around the state are allowing these people, who should not be walking around, to be out in the community," the sheriff said.

What prompted Houser to kill people Thursday night remains unknown. Police said it appears that suicide was not his first option.

Inside a Motel 6 room he rented, they found wigs, glasses and other disguises. Houser also swapped the license plates on his 1995 Lincoln Continental before parking it by the theater's exit door. He stashed the keys atop one of its wheels.

He wore no disguises however as he entered The Grand 16 theater, one of 25 people who bought tickets to the film starring feminist comedian Amy Schumer as a boozing, promiscuous reporter.

Mann said after hearing the first shot, she looked to her left and saw Houser fire at least four more times in a semi-circle in front of him. The situation was so difficult to comprehend that people didn't scream.

"After the first shot you could hear people saying `What?' What was that?' because I think everybody had this reaction," she said.

"It was a strange. You go to the movies to escape from problems and escape from thoughts and due dates," she said. "You needed a second to think, `OK, this is real, this is happening."'

The two women killed were 21-year-old Mayci Breaux and 33-year-old Jillian Johnson. Breaux's body was brought to the same hospital where she was preparing to become a radiology technician. Johnson ran clothing and art boutiques, played in a rootsy rock band and planted fruit trees for neighbors and the homeless.

Across Lafayette, there's been an outpouring of love for the victims with people leaving them flowers and business signs calling on people to remember the victims. "Stay strong Lafayette," read a sign in front of a Walgreen's.

"I will never know those women but I think there will always be a love for them," Mann said, a senior at Louisiana State University who wants to become a doctor.