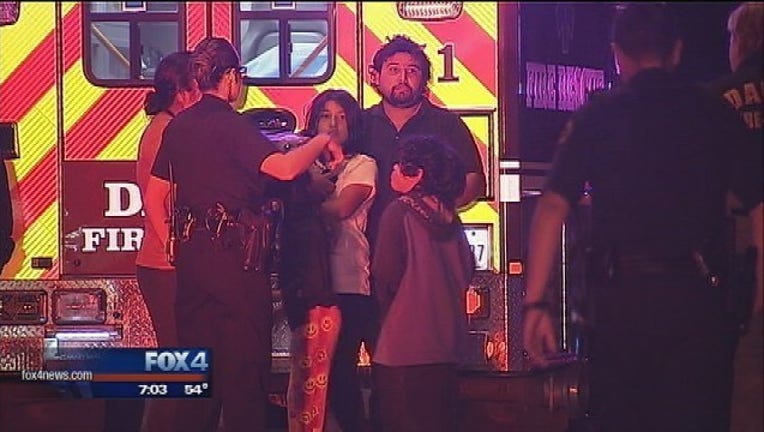 Three kids made it out of a burning house in Dallas Sunday morning.

The fire started just after 4:00 a.m. at a home on Lake June Road in Pleasant Grove.

The parents got to safety, but the kids were still inside, according to Dallas firefighters. A cousin of the children says an 11-year-old child inside the home got the other two kids out.

Investigators believe the fire started in the laundry room.

Five pets died in the fire.