Thousands in Hunt County continue to deal with power outages

Power outages remain relatively low for most of North Texas after the winter storm, but Hunt County has been hit harder than the rest.

Power outages remain relatively low for most of North Texas after the winter storm.

As of 8 p.m., Collin County has nearly 1,400 without power, while in Dallas County, there fewer than 400 power outages reported. And in Tarrant County, there are a little more than 600.

But Hunt County has been hit harder than the rest, with continued power outages Friday night as crews finally got on the roads to help people who've gone without power for days now.

Some have taken in elderly neighbors. Others have brought neighbors warm food, and while they are finding ways to get by, it’s a frustrating situation.

Chris Morris and his wife are still without power after it went down late Wednesday.

Their source for a hot meal Friday was a fire pit.

"So we put a grate across it and we were able to warm up some water and we put some Campbell soup cans on top of it. We actually got a hot meal," Morris said. 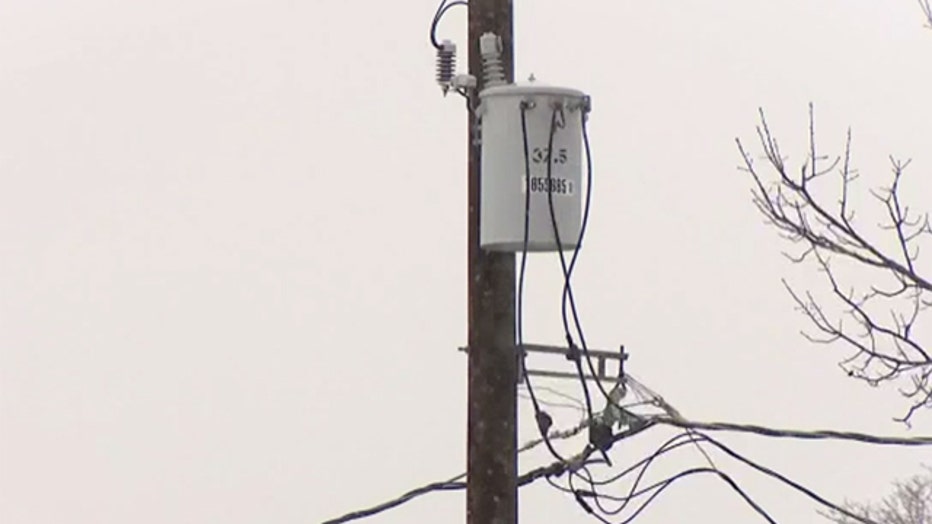 SKY 4 flew near their home in the Greenville area Friday afternoon, and line crews could be seen at work.

In fact, crews working Thursday night briefly got the Morris’ power back on, for about 30 minutes.

The Morris' desperately want their power back, but they're thankful crews are trying.

"They're risking their lives out for us. And I thank them," Morris said. "I wish I could give them some hot coffee and maybe even a warm meal or something like that."

Hunt County was the hardest hit in Oncor’s service area.

Helicopters were brought in to help assess damage.

"My precinct covers the northwest corner of the county, that includes much of Wolfe City, Celeste, Merit, and those areas in particular have been hard hit," Hutchins said. "So being without power has been the most significant impact."

Several people without power have expressed frustration that text updates from Oncor have suggested power will be back in a couple hours, only to get pushed back time and time again.

"A lot of the messages that have been sent out promising restoration in two hours, or three hours, or 7:30 p.m. tonight, have been frustrating to a lot of my constituents, and that has given them some false security that maybe they wouldn't have relied on otherwise," Hutchins said.

Residents are grateful for the work line crews are doing in brutal conditions.

In the meantime, they’ll continue to find creative ways to get by.

"So tonight, we might actually camp out in the barn. It's really warm in there with all the horse bodies," Morris said.