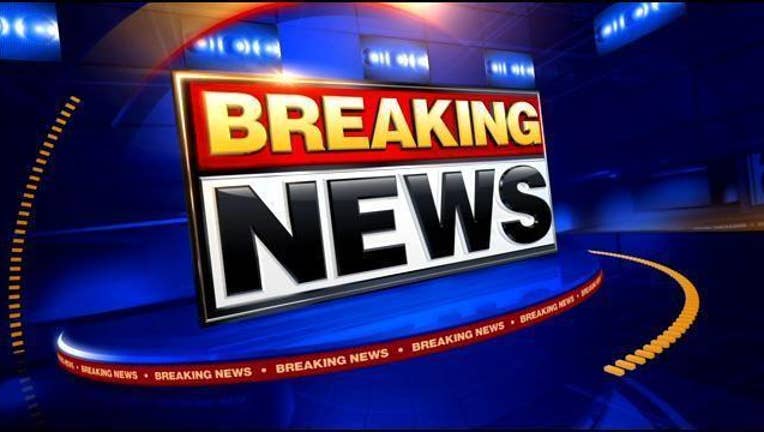 HONOLULU (AP) - The Latest on a missile threat mistakenly sent by Hawaii officials (all times local):

It wasn't just Hawaii residents who were in a panic when state officials mistakenly sent out an alert saying a ballistic missile was headed to the islands Saturday morning.

Some professional golfers taking part in the Sony Open in Honolulu were also caught off guard.

PGA Tour player Colt Knost was in his hotel in Waikiki Beach. He said he went to the lobby and everyone was panicking, running around saying, "What do we do?"

Charles Howell III was among players staying at the Kahala Hotel on the golf course. He said he was eating breakfast and "all the alarms went off at the same time."

He says that got everyone's attention, but they didn't know what to do. He says, "We all just stared at each other."

House Speaker Scott Saiki says someone pushed the wrong button, sending an alert to cellphone users across the islands warning of them of an impending missile strike. However, there was no attack on Hawaii, and officials later said the alert was sent in error.

Cindy McMillan, a spokeswoman for Gov. David Ige (IG'-eh) confirmed to The Associated Press that it was human error, but she didn't have further details.

Saiki says the system Hawaii residents have been told to rely on failed miserably. He also took emergency management officials to task for taking 30 minutes to issue a correction, prolonging panic.

He says in a statement that the Hawaii House of Representatives will begin an immediate investigation.

Saiki says, "Clearly, government agencies are not prepared and lack the capacity to deal with emergency situations."

President Donald Trump has been briefed on a false alert that Hawaii was under the threat of being hit by a ballistic missile.

Hawaii emergency officials later determined that the alert sent to people's cellphones on Saturday was a false alarm. The alert stated there was a threat "inbound to Hawaii" and urged residents to seek shelter. The alert also warned that "this is not a drill." Hawaii officials say it's unclear what caused the alert to be sent.

Trump is spending the weekend in Florida.

Hawaii Gov. David Ige (IG'-eh) says he's meeting with officials this morning to find out what happened after an alert was mistakenly sent to residents saying a ballistic missile was inbound for Hawaii.

The missile threat was a false alarm.

Ige says he's meeting with the state defense and emergency management officials to not only find out how this could occur, but to make sure it doesn't happen again.

Ige says, "The public must have confidence in our emergency alert system."

Hawaii Sen. Brian Schatz says a false alarm about a missile threat was based on "human error" and was "totally inexcusable."

Schatz went on his Twitter account after emergency management officials confirmed the push alert about an incoming missile Saturday was a mistake, calling for accountability and an alert process that is foolproof.

The alert stated there was a threat "inbound to Hawaii" and for residents to seek shelter and that "this is not a drill."

The Hawaii Emergency Management Agency says it's not clear what caused the alert to go out.

Hawaii emergency officials say an alert of a ballistic missile threat is a false alarm.

The alert stated there was a threat "inbound to Hawaii" and for residents to seek shelter and that "this is not a drill."

The alert caused a panic when it went to people's cellphones Saturday morning but, shortly after, authorities said it was a mistake.

Hawaii Emergency Management Agency spokesman Richard Rapoza says it's not clear what caused the alert to go out.